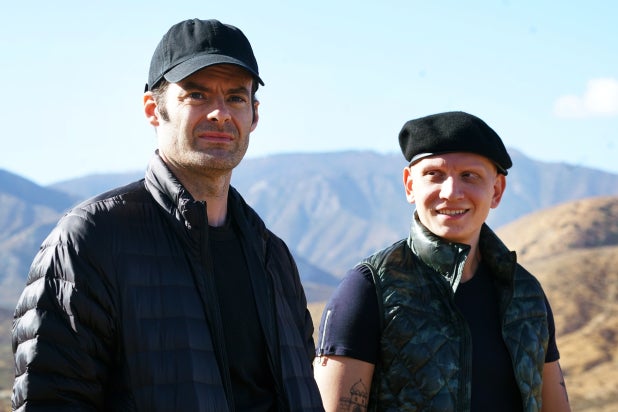 Anthony Carrigan’s Candy Crush-loving, affable mobster NoHo Hank was one of the more pleasant surprises from “Barry’s” debut season last year, but the scene-stealing character originally wasn’t supposed to survive past the pilot.

“He just played his way into it. Yeah, I mean, initially, in the pilot, he died,” Bill Hader told Uproxx in an interview, ahead of Sunday’s season 2 premiere of his HBO dark comedy. NoHo Hank was supposed to die at the end of the pilot when Barry guns down the Chechen mobsters who tried to kill him for not following through on a hit he was hired to do.

“When I shoot up the car, he was dead. And then [showrunner Alec Berg] and I said, ‘We’d be insane to kill that guy. He’s so funny.’ That’s why in episode two, his arm’s in a sling, and everything.”

Hader also teased another character that seemingly met her demise — Det. Janice Moss (Paula Newsome) — may not be done just yet. “Who said she’s not coming back?” Hader asked.

After Moss finds out about Barry’s double life as a contract killer, she attempts to arrest him but makes the mistake of trying to do so in the middle of the woods at night. After Barry pleads with her to let it go, promising that he is done with that life, the season finale ends with what appears to be gun flashes, and Barry calmly going back to bed.

“We don’t know if he killed Moss, and I am being coy,” he said, “It’s pretty inferred what happened, but we don’t know what happened. And so, for all intents and purposes, the beginning of the season, she’s missing, and no one knows where she is.”