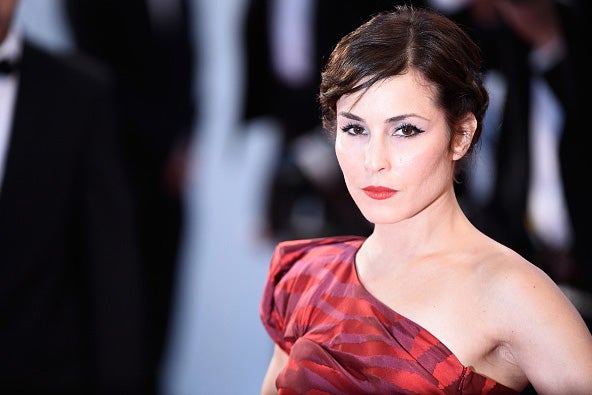 CANNES, FRANCE - MAY 16: Noomi Rapace attends the Premiere of "The Sea Of Trees" during the 68th annual Cannes Film Festival on May 16, 2015 in Cannes, France. (Photo by Ian Gavan/Getty Images)

Noomi Rapace is in negotiations to join Will Smith and Joel Edgerton in David Ayer‘s “Bright,” an individual familiar with the Netflix project has told TheWrap.

Ayer is directing from a script by Max Landis, which Netflix acquired in a heated bidding war for $3 million. The streaming giant agreed to make the movie for $90 million, not including P&A.

Landis and Ayer will produce “Bright” with Eric Newman and Bryan Unkeless, and the project is intended to launch a franchise.

“Bright” is described as a cop thriller with fantasy elements, including orcs and fairies.

Smith and Ayer will shoot “Bright” this fall in Los Angeles before returning to Warner Bros. for a planned sequel to “Suicide Squad.”

Rapace, the original “Girl With the Dragon Tattoo,” recently co-starred alongside Tom Hardy in two movies — “The Drop” and “Child 44.” She next stars in Tommy Wirkola‘s “What Happened to Monday?” with Willem Dafoe; Michael Apted‘s “Unlocked” with Michael Douglas, Orlando Bloom and John Malkovich; and Steven Shainberg’s “Rupture” with Michael Chiklis.