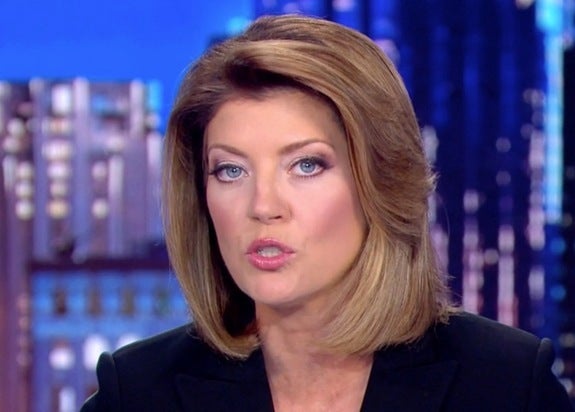 Norah O’Donnell is the new anchor of “CBS Evening News,” though she’s not off to a particularly hot start.

Her July 15, 2019 debut drew 1.221 million viewers ages 25-54 — the key demographic for news programming — which was down 24% versus the same night (Monday, July 16) last year. O’Donnell’s total-viewer decline was much less dramatic, down just 1%, which was also less of a decline than ABC and NBC experienced year to year.

Compared with the show’s 2019-to-date ratings, the Jeff Glor days, O’Donnell’s summer kickoff was down 22% in the demo and 6% among total viewers. Versus Glor’s final week, O’Donnell’s first show dropped 19% in the key demo. The two versions were steady in total viewers.

The Monday at 6:30 p.m. newscast finished last among its broadcast competition. “CBS Evening News” had 5.608 million total viewers, with 929,000 of them coming in the key demo.

O’Donnell’s debut was up 1% in total viewers versus the prior four Mondays, something NBC and ABC could not say. Her second show, on Tuesday, grew 14% in the key demo from Monday.

O’Donnell took over for Glor, who anchored the evening news telecast since December 2017, as part of new CBS News president Susan Zirinzky’s attempt to revitalize her programming.

Glor is still a part of the team as the new co-host of “CBS This Morning: Saturday.” He will also serve as a CBS News special correspondent reporting feature stories and investigative reports.

O’Donnell had previously been an anchor on “CBS This Morning.”