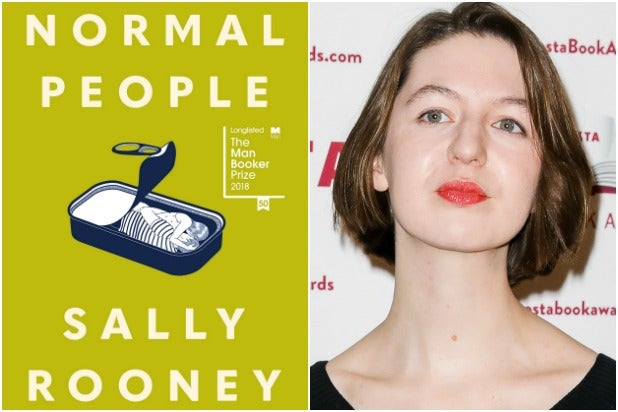 Hulu has given a straight to series order to “Normal People,” which is being adapted from Sally Rooney’s New York Times best-selling novel of the same name. The streaming version by Element Pictures in association with BBC Three will span 12 half-hour episodes — but it is a drama, not a comedy.

“Normal People” tracks the tender but complicated relationship of Marianne and Connell from the end of their school days in small-town west of Ireland to their undergraduate years at Trinity College, per Hulu. At school, he’s well-liked and popular, while she’s lonely, proud and intimidating.

But when Connell comes to pick up his mother from her cleaning job at Marianne’s house, a strange and indelible connection grows between the two teenagers — one they are determined to conceal, the logline continues. A year later, they’re both studying in Dublin and Marianne has found her feet in a new social world but Connell hangs at the side lines, shy and uncertain.

The series stars Daisy Edgar-Jones as Marianne, and Paul Mescal as Connell. Lenny Abrahamson and Hettie McDonald will split directing duties on the series, with him directing the first six and her handling the final six.

“As a longtime admirer of Lenny Abrahamson’s work, it’s a special privilege for me to be working alongside him on the adaptation of ‘Normal People,'” Rooney, who also wrote “Conversations With Friends,” said in a statement. “I couldn’t be happier with the cast and team we’ve put together, and I’m very excited to watch them bringing new life to the story on screen.”

“From the moment we read ‘Normal People’ we were smitten,” added Beatrice Springborn, Hulu vice president of content development. “This anatomy of a will-they-or-won’t-they romance perfectly and uniquely captures the highs and lows of young true love. With our incredible partners Lenny, Sally, Alice, Mark, Element and the BBC Three we can’t wait to bring the beloved novel to life and share the series with the world.”

The Hulu show is being adapted by Rooney and writers Alice Birch and Mark O’Rowe. The series is executive produced by Rooney, Abrahamson, Ed Guiney, Andrew Lowe, Emma Norton and Anna Ferguson.

“Normal People” goes into production next week in Dublin, and will premiere in 2020. Endeavour Content will distribute the series internationally.

The book was released in the U.S. last month.