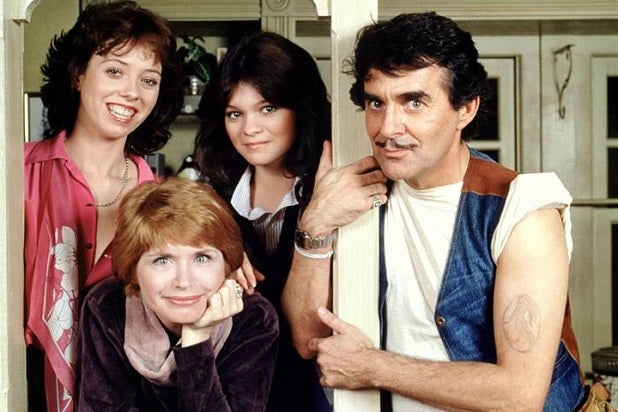 Norman Lear is hoping to remake the series “One Day at a Time,” only with an all-Latino cast.

Lear, who developed the original CBS series, is in talks with Sony Pictures Television to reboot the show.

The potential project is in its very early stages, an individual familiar with the situation told TheWrap on Tuesday.

Also Read: Bonnie Franklin, ‘One Day at a Time’ Star, Dead at 69

Should the plan go forward, the reboot, which would be English-language, will be produced by Sony Pictures Television and Televisa USA.

The original series, which aired from 1975 to 1984 on CBS, starred Bonnie Franklin as a divorced mother who moves to Indianapolis with her daughters Julie (Mackenzie Phillips) and Barbara (Valerie Bertinelli). The cast also included Pat Harrington as Schneider, the superintendent of their building.