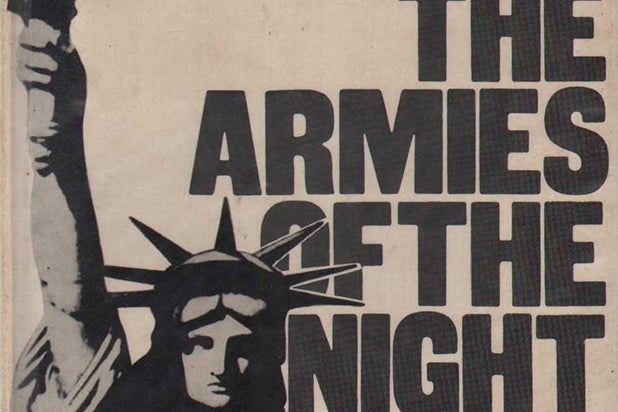 Norman Mailer‘s historical fact-based novel “The Armies of the Night” has been optioned for big screen adaptation by RadicalMedia, the company announced Tuesday.

Documentary filmmaker Joe Berlinger will direct the film based on Mailer’s Pulitzer and National Book Award winner about the 100,000-person march from the Lincoln Memorial in Washington, D.C. to the gates of the Pentagon in Virginia to protest the Vietnam War.

The film will be fully scripted and cast with actors, but will be shot documentary-style and interspersed with actual footage from the events. Producers also promise that the seminal rock and folk music from the era will play a significant role in the film.

“Today, as we find ourselves in a new time of protests on the streets, and tensions in the air, I couldn’t imagine a more relevant time to bring Mailer’s vision of civil disobedience to the big screen,” said Berlinger. “To achieve this in a style honoring the way Mailer put his story into words is an amazing opportunity for any filmmaker, and my own deep roots in the cinema-verite movement of the 1960’s makes this opportunity all the more exciting for me personally.”

Casting is underway and filming is set to begin later this year.