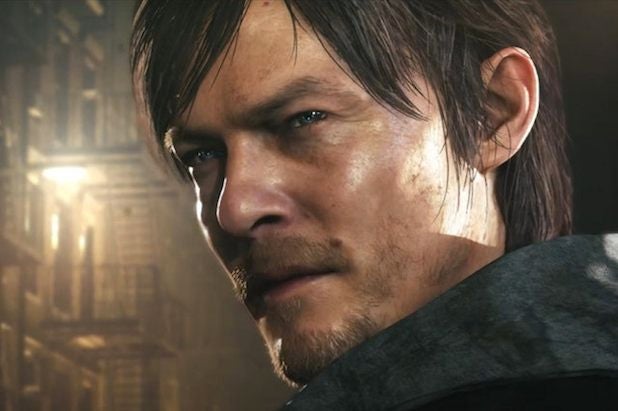 Answering a wide range of questions, the 45-year-old fan favorite, revealed that he will soon be directing a video for Los Angeles-based blues garage rockers The Bots, that he will be flying to Japan on Christmas Day and that the saddest episode of “The Walking Dead” to film was this season’s mid-finale.

Oh, and also the trees in his Georgia backyard are covered in arrows due to his playing with a compound bow.

With his trademark blend of humor and earnestness, Reedus kept it playful as usual with his fans. Here are 10 things TheWrap learned:

2. Known for his love of candy and for posting lots of photos of his cat Eye In The Dark to social media, when asked if he’d prefer an unlimited supply of chocolate or a million cats, the actor decided not to choose: “geez can I have both.”

3. Asked which other “Walking Dead” character, he’d like to play, he referred to Glenn (played by actor Steven Yeun) and Rick (played by actor Andrew Lincoln) and also mentions baby Judith, “i could just eat and poop and sleep thru it”

4. What mode of transportation would he like for the motorcycle riding-Daryl Dixon to have next? “how about a ferrari?”

5. What does he want for Christmas? “movie marathon in bed with a mountain of chocolate in a panda bear onesie.”

6. How will he spend his upcoming birthday on January 6th? “im gonna sleep for like 13 hours. then eat (a) whole cake.”

7. What does he love about living in New York City? “theres so much to do here. all the time. so many different people from all over. and dumplings i like dumplings.”

8. How does he handle his frustration when he plays the video game “Call of Duty” with his 15 year old son Mingus? “i am really bad at it. i would smash the controller. with a hammer. mingus would laugh at me and then id have to go get more. it was kind of the ritual. he thought that was funny.”

9. If he were to be in a zombie apocalypse and look to his left and the first thing he saw had to be his weapon, what would it be, and how would he fare? “its my cat staring at me licking his paws and i am totally screwed.”

10. Can he cook? “i can kinda cook but not really. i went thru a wonton soup faze with paste etc. from scratch but that’s just kinda sad that thats what im thinking of. i got a juicer now i smash up everything in there. thats kinda fun.”

“The Walking Dead” Returns on Sunday, February 8 at 9/8c on AMC