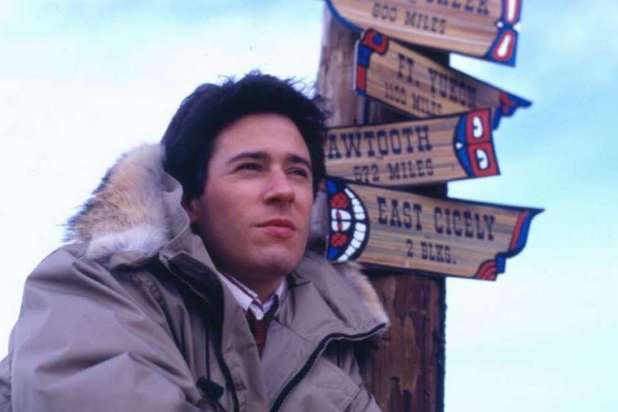 “Northern Exposure” might be the next series to get the revival treatment, with CBS currently developing the project, an individual with knowledge of production tells TheWrap.

Original series star Rob Morrow will be reprising his role as Dr. Joel Fleischman for the in-the-works revival, and also executive produce.

An insider says John Corbett, another original “Northern Exposure” star, will be producing, and also return from time-to-time as his character Chris Stevens. No word yet on which other cast members will make a comeback.

Here’s the official logline for the project: When Dr. Joel Fleischman returns to Cicely, Alaska for the funeral of an old friend, he finds a new set of quirky characters and reunites with old ones in this continuation of the classic series.

“Northern Exposure” ran on CBS for six seasons, from 1990 to 1995, following the story of Morrow’s Dr. Joel Fleischman, who graduates from Columbia University medical school and is assigned to work in the tiny Alaskan town of Cicely to pay for his education. The location is remote, and Joel finds the people strange and just wants to head home to New York. But the people of Cicely, mainly pilot Maggie O’Connell, grow on him.