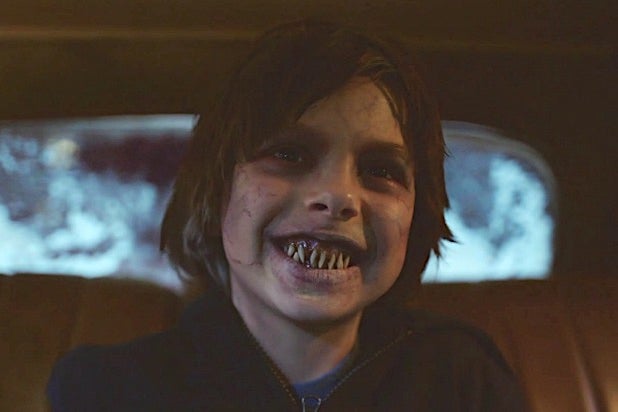 It’s time to say goodbye to Christmasland — “NOS4A2” has been canceled after two seasons at AMC.

“Well friends, I heard from AMC last week. We won’t be making a 3rd season of #NOS4A2 . It’s a bummer, but I’m grateful we were at least able to finish adapting the storyline from Joe Hill’s terrific novel,” O’Brien wrote.

“Christmasland may live forever, but NOS4A2 will come to an end with the conclusion of season two,” a spokesperson for AMC said Monday. “We are so thankful to Jami O’Brien, Joe Hill and the entire cast and crew for two seasons of inspired, terrifying and thoroughly captivating and age-defying television. And thanks to the fans for climbing into the Wraith and coming along for the ride.”

“CONGRATULATIONS to every single member of our phenomenal team on two seasons of weird and wonderful TV. I will miss seeing everyone back in Little Rhody this year, but I’m awfully proud of all we’ve done together,” O’Brien continued. She went on to thank Hill, the cast, and the fans who tuned in every Sunday night.  “You made Sunday nights a lot of fun. Hope to do it again with you all somewhere down the road… xoxoxo.”

The series, which is based on the novel of the same name by Joe Hill — the son of Stephen King — starred Zachary Quinto as a vampire who grows stronger by feeding off of the lives of children, who he traps in the dark, twisted fantasy world of Christmasland.

The final episode of Season 2 aired on Aug. 23 on both AMC and BBC America.

Well friends, I heard from AMC last week. We won’t be making a 3rd season of #NOS4A2 . It’s a bummer, but I’m grateful we were at least able to finish adapting the storyline from Joe Hill’s terrific novel… 1/4