NPR’s top news executive, Nancy Barnes, announced Friday that she was exiting the public broadcaster after NPR CEO John Lansing decided to create a chief content officer above her, the network reported.

Barnes, who had overseen NPR’s news operations since 2018 after five years as executive editor of the Houston Chronicle, is expected to leave at the end of November.

“As many of you have noted to me and others, there is increasingly overlap between the News and Programming divisions,” Barnes wrote in a memo to staff Friday afternoon. “Now is the right time for me to pursue some other opportunities.”

A rep for NPR did not immediately respond to a request for comment. 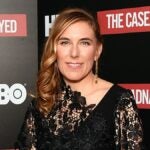 Also Read:
HBO to Produce Follow-Up Episode for ‘The Case Against Adnan Syed’ Docuseries From 2019

According to NPR media reporter David Folkenflik, there had been brewing tension between Barnes as SVP for news and Anya Grundmann, the SVP for programming and audience development who oversees many of the network’s most popular podcasts — an area that has been a leading source of NPR’s recent growth in audience and revenues.

Barnes, a veteran news executive at regional papers like the Houston Chronicle and the Minneapolis Star-Tribune, had replaced Michael Oreskes as NPR’s top news executive. Oreskes had been forced to resign from the role in November 2017 following multiple accusations of sexual harassment.