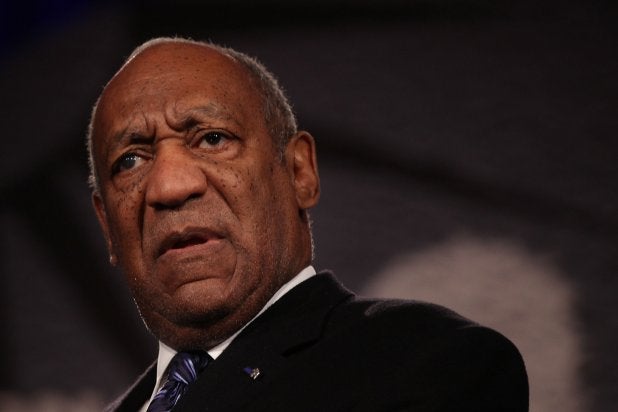 Who knew the silent treatment could go viral?

That’s exactly what happened Saturday, when embattled actor Bill Cosby literally gave no response to NPR’s Scott Simon’s question about renewed rape allegations against him during an interview.

“I was struck by the fact that when I just got two or three words into the question, he began to shrink his head and his finger in that kind of impish Cosby manner that Dr. Huxtable had,” Simon told TheWrap in an interview on Monday.

Also read: Whoopi Goldberg Skeptical of Bill Cosby Accuser: ‘Don’t You Do a Kit’ After Getting Raped?

Since the interview, the Internet and cable news has been abuzz about why Cosby refused to answer. Here was the exchange:

Scott Simon: ‘This question gives me no pleasure, Mr. Cosby, but there have been serious allegations raised about you in recent days.’

Simon: ‘You’re shaking your head no. I’m in the news business. I have to ask the question. Do you have any response to those charges?’

SIMON: ‘Shaking your head no. There are people who love you who might like to hear from you about this. I want to give you the chance.’

Simon acknowledges Cosby is a “brilliant performer” so it’s hard to tell how he truly felt when asked the question about Barbara Bowman’s allegations he drugged and raped her when she was 17.

“I’m becoming increasingly confident about asserting this; I think it was a deliberate strategy that they [Cosby and PR Manager] concocted. They knew the question was coming, and thought silence was golden; that the best thing to do was to remain silent and maybe somehow we wouldn’t be able to use it.”

Simon told TheWrap his show didn’t pre-alert Cosby that the question would be asked, but his decades in the news business tell him Cosby’s non-answer might not prove prudent.

“It is my experience over the years that when you say nothing, it doesn’t help your cause and it certainly is not what innocent people usually say.”