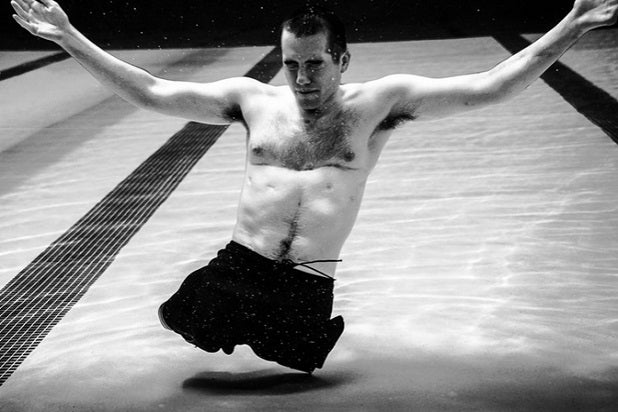 As Americans from coast to coast prepared to fire up their grills to celebrate Memorial Day, NPR offered a somber reminder about the cost of war, publishing photos of veterans who were injured in combat.

The photos, published early Monday, deliver artfully stirring  renderings of service members who’ve lost limbs and suffered severe burns while in the line of duty, such as one soldier whose legs were amputated after an explosive device detonated under his feet in Afghanistan. Another image captures a service member who sustained burns over most of his body, the result of being hit by artillery.

The photographs were taken by former fashion photographer David Jay, as part of his The Unknown Soldier series. Jay undertook the project while attempting to process the war coverage from Iraq and Afghanistan.

“We hear about ‘this number of men were killed’ and ‘this many were injured,'” Jay noted of the project, “and we think of them — maybe they got shot — or we don’t really picture what these injured men look like.”

The photographer added that he hopes his work will help the public to cope with an uncomfortable truth that, by and large, they’d rather not face head-on.

“You can imagine how many times each of these men and women have heard a parent tell their child, ‘Don’t look. Don’t stare at him. That’s rude,'” Jay reflected. “I take these pictures so that we can look; we can see what we’re not supposed to see. And we need to see them because we created them.”

Head to NPR or to Jay’s website to see more of his work.