NPR’s “It’s Been a Minute” host Sam Sanders says he is leaving the media outlet after 12 years working there, making him the fourth BIPOC journalist to exit the public radio network in the past six months.

Sanders tweeted the news of his departure after announcing the 500th episode of “It’s Been a Minute,” sharing screenshots of a note he sent to his coworkers.

“I have spent a third of my life employed by NPR,” Sanders wrote. “And I am so grateful to all my colleagues at the mothership and every single member station for all they’ve taught me. And now it’s time to go.”

As for where he is headed, Sanders has a few plans in between destinations.

“I’m taking about a month off, and then I’ll be making something new again,” Sanders continued. “I’m hoping to use this little break to do a few things: finally get a tattoo, make a decision about a rug purchase I’ve put off for moths, watch the entirety of one of my favorite sitcoms, Happy Endings, again, get to the desert for a few days, if not longer.” 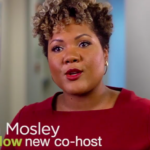 Sanders ended his letter with the intention to keep listening to NPR, as it was his home for so long.

Sanders’ departure comes after several others, including two back-to-back exits in January by former “Here and Now” co-host Tonya Mosley, who will remain a special correspondent until her contract expires in August, and former “All Things Considered” host Audie Cornish, who now works at CNN+. 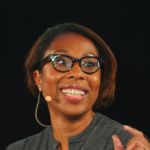 After interviewing 12 sources close to the topic, Folkenflik wrote that the interviews “suggest NPR indeed struggles to retain high-profile journalists of color,” listing several reasons reported by those he spoke with.

Sanders’ last episode of “It’s Been a Minute” runs March 11.