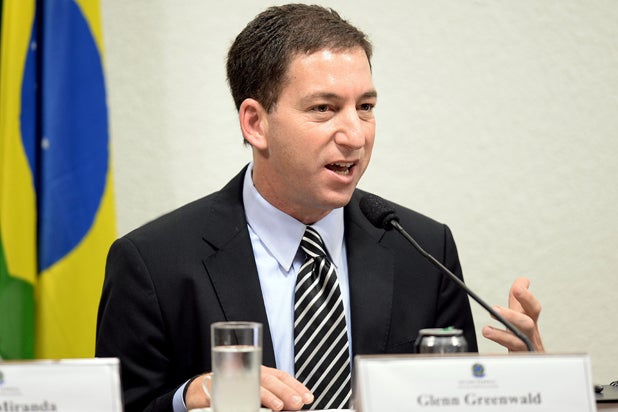 Glenn Greenwald, who was part of the team that broke the big Guardian story on whistleblower Edward Snowden’s NSA revelations, is leaving the publication that helped make him famous and striking it out on his own.

“The decision to leave was not an easy one, but I was presented with a once-in-a-career dream journalistic opportunity that no journalist could possibly decline,” Greenwald said in a statement.

That opportunity, as BuzzFeed first reported, is a “a very well-funded … very substantial new media outlet.” Greenwald will head up his own venture with staff based in Rio de Janiero, where he lives, as well as New York City, Washington, D.C. and San Francisco. Some staff, Greenwald said, have already been hired.

Greenwald had been with the Guardian for just over a year, hired from his Salon column in August 2012 to become a columnist for Guardian’s new U.S. edition. In June, he became the face of the Edward Snowden revelations — moreso than Snowden himself  — and the keeper of Snowden’s documents, sharing only what he thought necessary with his employer and other outlets in Brazil and India while constantly promising there was more to come.

“My partnership with the Guardian has been extremely fruitful and fulfilling: I have high regard for the editors and journalists with whom I worked and am incredibly proud of what we achieved,” Greenwald said, adding that the “momentous new venture” will be “unveiled very shortly.”

“Glenn Greenwald is a remarkable journalist and it has been fantastic working with him,” Guardian spokeswoman Jennifer Lindaur said in a statement. “Our work together over the last year has demonstrated the crucial role that responsible investigative journalism can play in holding those in power to account.”

“We are of course disappointed by Glenn’s decision to move on, but can appreciate the attraction of the new role he has been offered. We wish him all the best.”