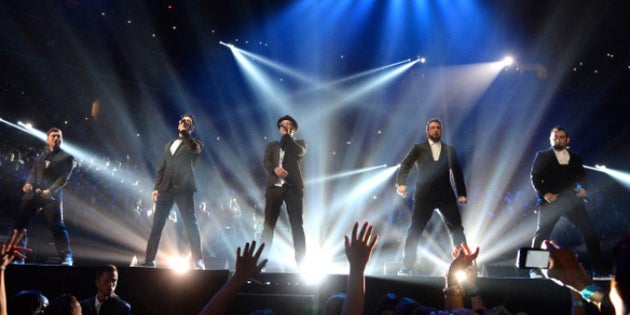 Even so, Sunday night's airing was down from the 2011 ceremony, when the VMAs pulled in a record-breaking 12.4 million total viewers.

Besides the brief 'NSYNC reunion, which was teased with much will-they-or-won't-they speculation in the days running up to the ceremony, highlights from Sunday night's airing included the show-opening performance of "Applause" by Lady Gaga; an eyebrow-raising duet between Miley Cyrus and Robin Thicke during which the former Disney Channel princess appeared to get bawdy with a foam finger; and Katy Perry's boxing-themed performance of her new single "Roar," which ended Sunday night's show.

On the Twitter front, Cyrus' performance was a standout as well, racking up 306,000 tweets per minute — surpassing the previous record set by Beyonce's Super Bowl performance.