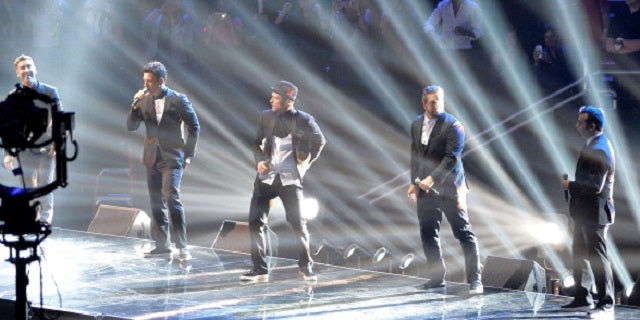 Did that blink-and-you'll miss it reunion of boy band 'NSYNC leave you hungry for more?

'NSYNC members Lance Bass and Chris Kirkpatrick — who delivered their first performance with their former bandmates in 11 years during Sunday's VMAs — are dismissing any possibility that a reunion is in the works.

Kirkpatrick threw a wet blanket over fans' hopes on Florida-based radio show Johnny's House on Monday, noting that the VMA regrouping "was what it was."

"I'm not gonna say it's never gonna happen," he added. "But it was what it was, and this was a moment for Justin to get his accolades, and for us to say we had so much respect for what we did. For him to honor us the way he did  — it really was kinda crazy."

Meanwhile, Bass told the Associated Press that there's "nothing planned" in the way of a larger reunion, and that Timberlake — who received the Michael Jackson Vanguard Award at Sunday's VMAs — will be busy with his own tour in coming months.

"Who knows what will happen when he’s off tour. It’s simply not part of the conversation right now. We just focused on that one performance," Bass told the AP. "If we did anything like that, I think we would come up with something real special where we could actually call it 'The Reunion.'"