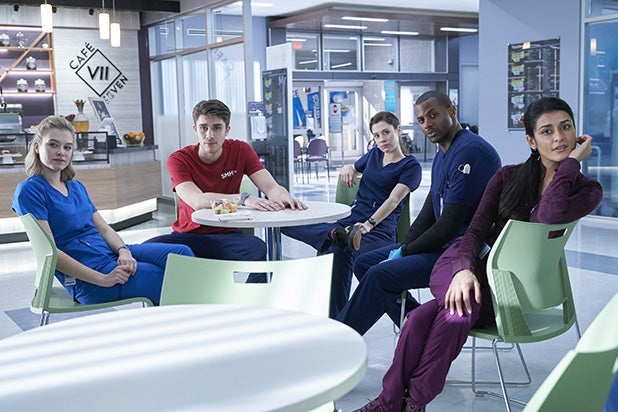 Fox and ABC both had NFL games last night, which make their initial Nielsen numbers subject to a significant adjustment in final figures. The pro pigskin left NBC and CBS in the ratings dust — among adults 18-49, at least.

“The Voice” handed NBC primetime’s most total viewers, according to this early, unadjusted snapshot.

Also Read: Nielsen Will Finally Combine Linear and Digital Viewing Into One Number - but It'll Take a Few Years

For now, ABC and Fox tied for first in ratings, both with a 1.2 rating in the advertiser-coveted 18-49 demographic. ABC had a 7 share, Fox had a 6. ABC was second in total viewers with an average of 5.3 million, according to preliminary numbers. Fox was fourth in total viewers with 4.1 million.

The Pittsburgh Steelers’ first loss of the season, at the hands of the Washington Football Team, led into Fox’s primetime. The NFL game boosted the early numbers for the “I Can See Your Voice” time slot, which landed a 2.0/11 and 6.8 million viewers. That still needs to be sorted out for the different time zones/telecasts. A “Cosmos: Possible Worlds” episode at 9 had a 0.4/2 and 1.4 million viewers.

ABC aired the Buffalo Bills vs. San Francisco 49ers nationally throughout primetime, averaging the network’s above numbers (for now).

Univision was fifth in ratings with a 0.4/2 and in viewers with 1.2 million.