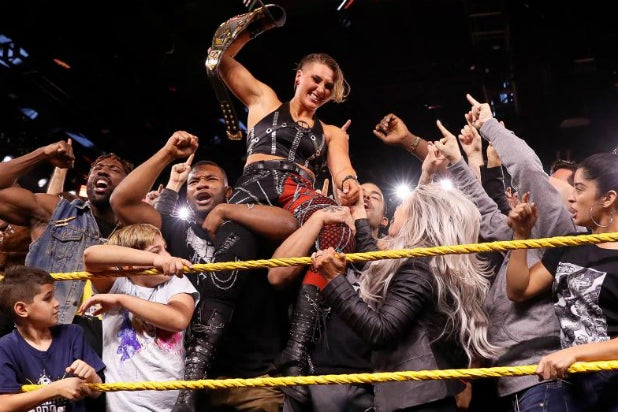 “NXT,” which holds court at Florida’s Full Sail University, used to run for one hour each Wednesday night on streaming service WWE Network. The shows were pre-taped back then. Once All Elite Wrestling set a two-hour live, weekly series for the Turner cable channel, “NXT” jumped to USA Network, expanded its runtime to fit the same time slot, and went live.

“Dynamite,” which goes on the road each week, took place at the American Bank Center in Corpus Christi, Texas last night. The card included Chris Jericho vs. Jungle Boy, among other matches.