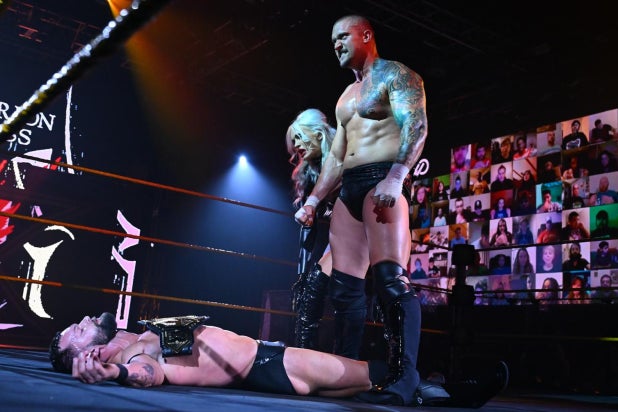 WWE is moving “NXT” to Tuesday nights on USA Network. The professional wrestling company’s NXT brand has blinked in its head-to-head battle with All Elite Wrestling’s “AEW: Dynamite” on TNT, which has been winning Wednesdays in the TV ratings.

We guess this means All Elite Wrestling has won the so-called “Wednesday Night Wars,” which admittedly were not as exciting, highly rated or long-lasting as the old “Monday Night Wars” between WWE/WWF and WCW.

USA and WWE have extended their deal for the carriage of “NXT” over multiple years.

“We are incredibly proud of our three-decade partnership with WWE and in extending USA’s ‘NXT’ deal, we are further establishing our portfolio as an unrivaled home for quality WWE content,” Frances Berwick, chairman of NBCUniversal’s entertainment networks, said in a statement on Tuesday. “By transitioning NXT to a Tuesday timeslot where WWE has performed well in the past, we are giving our passionate fanbase more of what they love with back-to-back nights of exhilarating, live programming.”

“We are thrilled to continue WWE and NBCUniversal’s longstanding partnership with the extension of ‘NXT’ on USA Network,” added Paul “Triple H” Levesque, WWE’s executive vice president of global talent strategy and development. “The move to Tuesdays provides a new opportunity for us to grow the ‘NXT’ brand and enables our partner, USA Network, to continue to build its strong portfolio of sports and entertainment programming.”

All-new episodes of “NXT” will be available on Peacock, which recently absorbed WWE Network, the day after airing on USA Network.