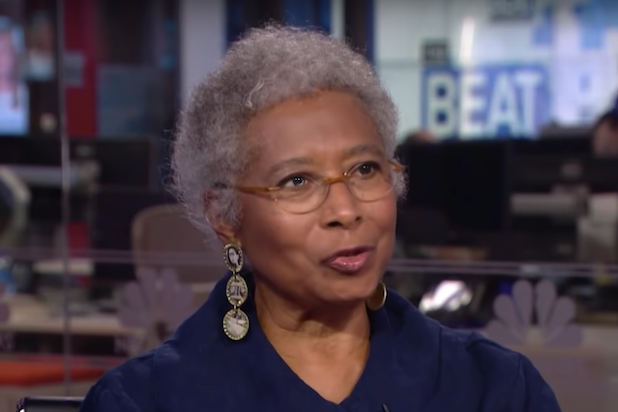 The New York Times Book Review is taking heat over an interview in Sunday’s issue in which “The Color Purple” author Alice Walker expressed her admiration for a book by the British conspiracy theorist David Icke that has been called anti-Semitic.

“The book is an unhinged anti-Semitic conspiracy tract written by one of Britain’s most notorious anti-Semites,” writer Yair Rosenberg wrote in a piece for Tablet Magazine in which he chided the Times for allowing Walker’s praise for Ickes’ “And the Truth Shall Set You Free” without any further comment to go unchallenged.

“Anti-Semitism is not incidental to Icke’s book, it is essential. It is impossible to miss it,” Rosenberg wrote, noting that Ickes widely quotes anti-Semitic tracts like the notorious “Protocols of the Elders of Zion” and suggests that Holocaust denial could be a legitimate point of view to be taught in schools. “This is the book that Alice Walker recommended to New York Times readers.”

In the Times interview, Walker cited Icke’s self-published “And the Truth Shall Set You Free” as one of the books on her nightstand. “In Icke’s books there is the whole of existence, on this planet and several others, to think about. A curious person’s dream come true,” Walker said.

“By the Book is an interview and portrait of a public person through the lens of books; it is not a list of recommendations from our editors. The subject’s answers are a reflection on that person’s personal tastes, opinions and judgments,” a New York Times spokesperson told TheWrap. “As with any interview, the subject’s answers do not imply an endorsement by Times editors. Moreover, our editors do not offer background or weigh in on the books named in the By the Book column, whether the subject issues a positive or negative judgment on those books. Many people recommend books Times editors dislike, disdain or even abhor in the column.”

Within hours of the Tablet piece, Twitter began to fill with angry denunciations both of Walker and the Times for allowing the book to be recommended without any qualifying information. Some of the earliest to respond were British journalists who have long regarded Icke as a dubious figure.

And it pretty much went from there.

My latest: The New York Times just published an unqualified recommendation of an insanely anti-Semitic book that dubs the Talmud “among the most appallingly racist documents on the planet,” and says Jews bankrolled the Holocaust and control the KKK https://t.co/tPQpuEGme3

This is a bit depressing. Alice Walker is a reader of…David Icke https://t.co/YcQ0df9bGg

The New York Times published a recommendation for a David Icke book https://t.co/6nkYhQtwNM

IT'S A DAVID ICKE BOOK?! NOT ONE PERSON AT THE NEW YORK TIMES THOUGHT THAT WAS A PROBLEM?
https://t.co/cXuTDSrRNT

a parenthetical like [Icke is an unhinged loon who believes we are being ruled by lizard people] would have been sufficient – daily reminder that smart impressive people make mistakes, we all do https://t.co/mkiI5bkJUf

I didn't expect Alice Walker to be one of those people who watches radical far-right conspiracy videos on YouTube but here we are https://t.co/tQrNjD6HLm

My God. Read the whole thing.