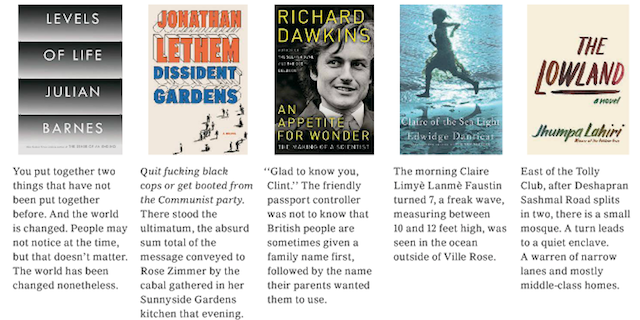 The F-bomb appeared Sunday in the stately New York Times — and one blogger whose e-hand was once slapped by the paper's senior standards editor for using an acronym with the letter "F" in it is not happy.

"The NYT is a special club that makes special rules for its elite members. And Greg Brock is a hypocrite," Blair Koenig told TheWrap.

The word made its appearance on page 86 of Sunday's style-oriented "T" Magazine. The full version of the F-word appears plain as day in a quote of the first line of Jonathan Lethem's "Dissident Gardens."

Also read: Anthony Weiner Tries to Turn His Bad Image Around With F-Bombs and Anti-Press Rants

"Quit fucking black cops or get booted from the Communist party,'" the quote reads. "There stood the ultimatum, the absurd sum total of the message conveyed to Rose Zimmer by the cabal gathered in her Sunnyside Gardens kitchen that evening."

As for Koenig, she's the mind behind the STFU, Parents blog, which was mentioned in a 2012 Times article — with the name of the blog removed. Standards editor Brock told Koenig at the time that "fuck" and any versions of the word (including the letter "F") were not allowed in the paper.

"We feel some obligation to try to maintain The Times as a respectable publication and respect all of our readers," Koenig quoted Brock to this reporter at the time, for a story on the Times' censoring the name of her blog. "You have your approach. Other publications have their approach. And we have ours."

Now, "T" isn't quite the same as the New York Times — it's a big, glossy magazine that's more like "Town and Country" than the newspaper it's named after, so perhaps its policy on reader respect is different as well.

And "fuck" and acronyms have appeared in the paper before — the band LMFAO has been mentioned and an excerpt from another book was published uncensored — but the Times' former public editor, Arthur Brisbane, told this reporter last year that he had "no problem" with Brock's decision, that those were "inconsistencies" and that it was Times' policy not to publish swear words.

Has that policy finally changed, or was this just another "inconsistency?"

Neither Brock nor the current public editor, Margaret Sullivan, responded to TheWrap's request for comment.