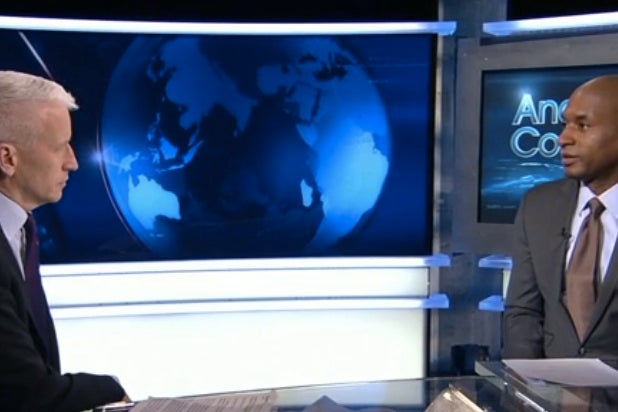 Days after his son was held at gunpoint by Yale police, New York Times columnist Charles Blow opened up to Anderson Cooper about the scary situation.

“Part of you is happy that he remembers and he did it properly and followed the script, and then part of you is really sad that he ever had to use it,” Blow said Thursday about his African American son having to utilize the advice his dad gave him about dealing with police.

Yale police had followed Tahj Blow, an African American biology major at Yale, from the library Saturday once they wrongly determined he was the suspect they were looking for in a burglary.

“The officer raised his gun at me, and told me to get on the ground. At this point, I stopped looking directly at the officer, and looked down towards the pavement. I dropped to my knees first, with my hands raised, then laid down on my stomach,” Blow wrote Monday recounting his son’s version of events.

On the fact that the officer who accosted his son was also African American, Blow suggested race didn’t matter: “A bullet doesn’t know the color of the finger that pulls the trigger. It doesn’t care,” Blow said. “Bullets don’t have emotions, they have directions.”