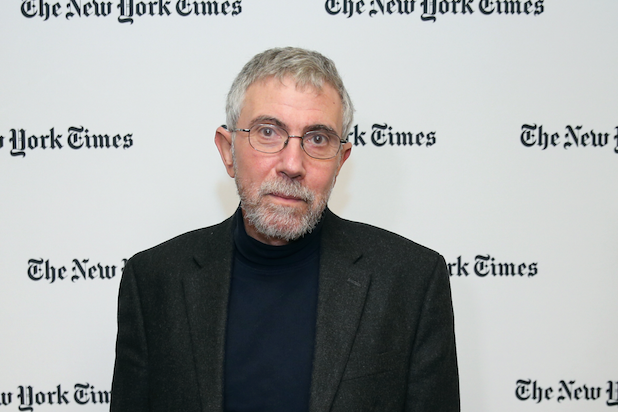 New York Times op-ed columnist Paul Krugman was criticized on Friday for tweeting that Americans reacted to the events of 9/11 “calmly” and downplaying the anti-Muslim sentiment that followed.

Krugman tweeted, “Overall, Americans took 9/11 pretty calmly. Notably, there wasn’t a mass outbreak of anti-Muslim sentiment and violence, which could all too easily have happened. And while GW Bush was a terrible president, to his credit he tried to calm prejudice, not feed it.”

As of Friday afternoon, the tweet has just over 500 retweets and 3,000 likes. It has over 20,000 quote tweets from people — Muslims and non-Muslims — adding their own experiences and commentary.

Arizona House of Representatives member Athena Salman tweeted, “My family still suffers psychological trauma to this day, @paulkrugman. To selectively ignore the anti-Arab discrimination we’ve had to live with since 9/11, and the booming multi-million dollar Islamophobia industry that grew in its aftermath, is white supremacy.”

Virginia House of Delegates member Ibraheem Samirah wrote, “A maj. Muslim Chicagoland school I went to in 5th grade had to shut down for 2 weeks because of bomb threats. My local mosque got hit with a Molotov within the first 24 hours. A literal pitchfork-wielding group of white supremacists came to my hood demanding we ‘go back home.'”

Added Project South legal and advocacy director Azadeh Shahshahani, “@paulkrugman maybe you’d want to take a look at our piece laying out how the US govt has used 9/11 to criminalize people of color, Muslims, immigrants. Our communities have faced incarceration, deportation, mass surveillance, systematic state repression.”

Comedian and writer Rae Sanni wrote of Krugman’s post, “This tweet is remarkably dumb but it’s an example of just how much whiteness works to forget its cruelty and evils. This is the template for all the tweets from white ppl about trump and this era in 2040.”