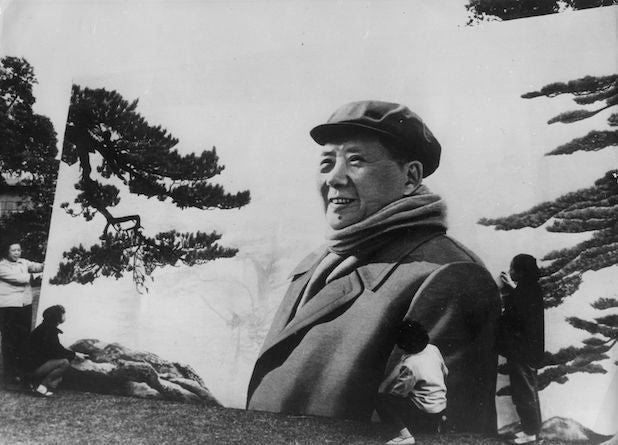 Mao, who died on Monday 43 years ago, was the chairman of China’s Communist Party from 1949 up until his death. He was responsible for ushering in the Cultural Revolution, a sweeping movement that led to the mass killings of millions of people and the torture and persecution of millions more. People perceived to be “intellectuals” were exiled to the countryside to farm, and the Red Guards — a student-led militant group — physically attacked perceived dissidents and destroyed cultural artifacts.

The now-deleted tweet, which was recirculating the paper’s obituary for Mao, said “Mao Zedong died on this day in 1976. The Times said he ‘began as an obscure peasant’ and ‘died one of history’s greatest revolutionary figures.'” Shortly after, the Times said it deleted the tweet because it “lacked critical historical context.”

“Born at a time when China was wracked by civil strife, beset with terrible poverty, and encroached on by more advanced foreign powers, he lived to fulfill his boyhood dream of restoring it to its traditional place as a great nation,” the obituary said. “With incredible perseverance and consummately conceived strategy, he harnessed the forces of agrarian discontent and nationalism to turn a tiny band of peasants into an army of millions, which he led to victory throughout China in 1949 after 20 years of fighting.”