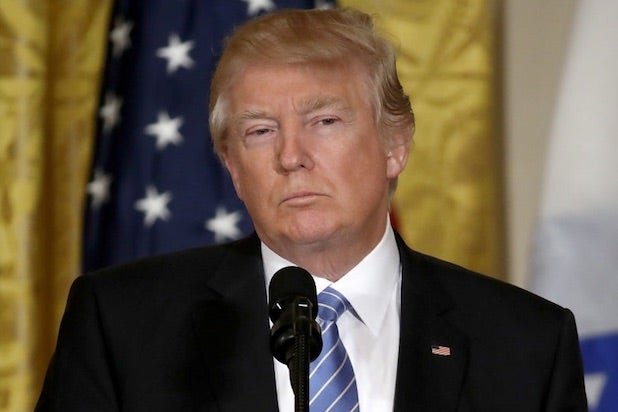 The phrase “Pause this Presidency” trended on Twitter early Monday morning after The New York Times published a column condemning President Trump and calling for answers regarding the administration’s campaign-time contact with Russian officials.

“We must all demand without equivocation: Pause this presidency!,” stated the op-ed.

“The American people must immediately demand a cessation of all consequential actions by this ‘president’ until we can be assured that Russian efforts to hack our election, in a way that was clearly meant to help him and damage his opponent, did not also include collusion with or coverup by anyone involved in the Trump campaign and now administration,” Times columnist Charles Blow wrote

Blow admits, “This may sound extreme,” but explains, “If the gathering fog of suspicion should yield an actual connection, it would be one of the most egregious assaults on our democracy ever. It would not only be unprecedented, it would be a profound wound to faith in our sovereignty… No action to put this presidency on pause is extreme. Rather, it is exceedingly prudent.”

Over the weekend, Trump tweeted unsubstantiated claims that Barack Obama had illegally wiretapped Trump Tower before last fall’s election. The White House has called on Congress to “determine whether executive branch investigative powers were abused in 2016.” The new drama comes after on-going speculation that members of the Trump campaign met with Russian officials during the election.

“This is absolutely outrageous,” Blow wrote of the latest development.

“Some things must be done and some positions filled simply to keep the government operational. Absolute abrogation of administrative authority is infeasible and ill advised. We can’t keep cruising along as if the unanswered question isn’t existential.”

Blow wrote that, “There is a helluva lot of smoke here for there to be no fire,” regarding the alleged Russian ties. Trump has yet to The Times respond on Twitter.