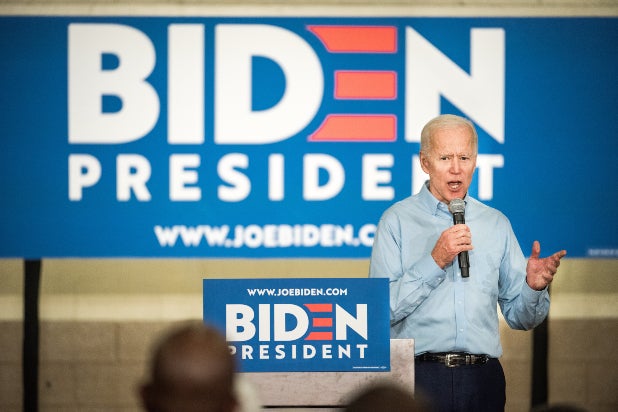 The New York Times on Wednesday rejected complaints from Joe Biden’s presidential campaign that the paper was spreading a “baseless conspiracy theory” about the former vice president.

“Our coverage of the Biden campaign and Hunter Biden has been fair and accurate,” said in a statement. “The Biden campaign obviously disagrees and instead of asking to meet with the paper’s leadership to discuss these concerns, they wrote a critical letter and shared it publicly.”

The statement continued, “We will continue to cover Joe Biden with the same tough and fair standards we apply to every candidate in the race and we’re happy to sit down with Biden advisers anytime to discuss news coverage.”

The Times was responding to a letter sent late Wednesday from deputy campaign manager and communications director Kate Bedingfield, which said the Times had “an outsized hand in the spread of a baseless conspiracy theory advanced by Rudy Giuliani” that Biden “somehow did anything remotely inappropriate” to advance his son Hunter’s business dealings with Ukraine.

In the letter obtained by CNN, Bedingfield asked, “Are you truly blind to what you got wrong in 2016, or are you deliberately continuing policies that distort reality for the sake of controversy and the clicks that accompany it?”

Bedingfield also criticized the paper for “giving top billing … to discredited right-wing polemicist Peter Schweizer,” who wrote an op-ed published in the Times this week that argued that Hunter Biden’s business dealings were legal but should not have been.

“Despite voluminous work done by the independent press and fact-checkers — including some by The Times — to refute the heinous conspiracy theory that Donald Trump attempted to bully Ukraine into propping-up for him, the paper ran an op-ed by none other than Peter Schweizer, making more malicious claims about the Biden family,” Bedingfield wrote.

“The op-ed by Peter Schweizer is a completely separate matter,” the Times spokesperson said in response. “It was published by Opinion where their mission is to invite intelligent discussion on a range of opinions and ideas. The op-ed makes an argument that nonpartisan government watchdogs would make, arguing in favor of a law that would prohibit self-dealing by those with government connections.”

Last month, Biden’s campaign called on news networks to stop having Giuliani on the air altogether.