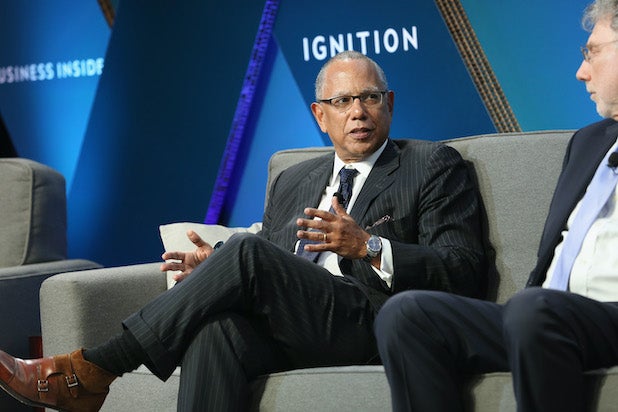 “I think his personal attacks on reporters, including [NYT White House correspondent] Maggie [Haberman], are pretty awful and pretty unpresidential,” he told the Guardian on Monday. “I think personal attacks on journalists, when he calls them names, I think he puts their lives at risk.”

“I think that when he actually calls reporters names, says they’re un-American, says they’re enemies of the people,” Baquet added, “that phrase has a deep history. I think when he says that, it is an appalling attack on the press.”

Baquet also explained why he was hesitant to allow his reporters to include “value judgments,” as the Guardian phrased it, in their reporting on Trump’s behaviors and statements.

“The most powerful writing I’ve ever seen about race, as a black man who grew up in the south, did not use the word ‘racist.’ It quoted people saying what they had to say, and described the world they live in. And you made your own judgment. And the judgment was pretty clear,” he said. “I think that’s the way to write about Donald Trump and everybody else. It’s just to let them talk.”

When asked whether he thought Trump was a racist, Baquet demurred.

“I don’t know. I think Donald Trump says racially divisive things. I think that’s a little bit different. I’m not in his head enough to know whether he says them because he wants to stoke his base,” Baquet said.

He also declined to say whether he believed Trump was sexist but did say that there was “no question Donald Trump has trouble with women.”

Baquet joined the Times as its top editor in 2014 and is expected to step down from his position in the next two years, according to the Guardian.