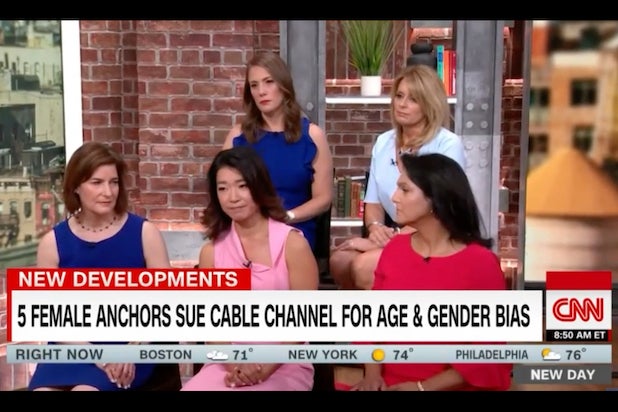 Five Spectrum NY1 anchors who sued Charter Communications for age and gender discrimination last year will leave the news station as part of a settlement agreement.

“We are pleased to announce we have reached a confidential resolution of our lawsuit against Charter/NY1. After engaging in a lengthy dialogue with NY1, we believe it is in everyone’s interest — ours, NY1’s and our viewers — that this litigation be resolved and we have mutually agreed to part ways,” anchors and reporters Roma Torre, Kristen Shaughnessy, Jeanine Ramirez, Vivian Lee and Amanda Farinacci said in a joint statement on Thursday. “We want to thank everyone who has supported us through these times – please know that the support from each and every person has made a real difference.”

Other terms of the settlement, including any monetary payouts, were not disclosed.

Last year, Torre, Shaughnessy, Ramirez, Lee and Farinacci — who ranged in ages from 40 to 61 at the time — accused NY1, a local New York 24-hour news station, and parent company Charter Communications of repeatedly discriminating against older women by offering more opportunities and anchor time for younger and less experienced reporters and anchors.

At the time, a Charter Communications spokesperson said the company had completed a “thorough review” and had “not found any merit” to the accusations.

“We are pleased to announce we have reached a confidential resolution of the lawsuit filed by Roma Torre, Kristen Shaughnessy, Jeanine Ramirez, Vivian Lee and Amanda Farinacci and as a result, have mutually agreed to part ways. We want to thank them for their years of dedicated service in reporting the news for New Yorkers and we wish them well in their future endeavors,” a spokesperson for Spectrum Networks said in a statement.