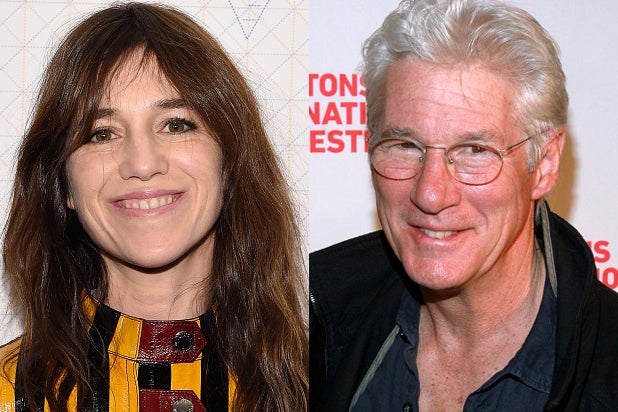 Gere stars as Norman Oppenheimer, a small-time operator who befriends a young politician at a low point in his life. Three years later, when the politician has become an influential world leader, Norman’s life changes dramatically — for better and for worse.

Gainsbourg is in negotiations for the film’s female lead, though details of her role are being kept under wraps.

The project reunites Gere with his “Time Out of Mind” producers Miranda Bailey and Oren Moverman, who are producing with Lawrence Inglee, Gaston Pavlovich, Gideon Tadmor and Eyal Rimmon. Matt Malek and Amanda Marshall will serve as executive producers.

Cedar is the director of “Footnote” and “Beaufort,” both of which were nominated for foreign language Oscars.

Gainsbourg next stars alongside James Franco and Rachel McAdams in Wim Wenders’ drama “Every Thing Will Be Fine,” which debuts in Berlin next month. The British actress is coming off Lars von Trier‘s  “Nymphomaniac: Vol. I and II,”“Antichrist” and “Melancholia.” Her previous feature credits include Alejandro Gonzalez Inarritu’s “21 Grams,” Todd Haynes’ “I’m Not There” and Michel Gondry’s “The Science of Sleep.”

Gainsbourg is represented by UTA, 42 and attorney John Diemer.