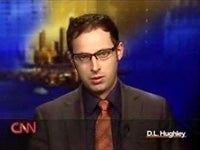 The New York Times announced on Thursday that it has struck a deal with baseball stat geek-cum-political polling wunderkind Nate Silver to host his blog, FiveThirtyEight.com, on the Times Web site.

The deal is similar to one the Times did with Freakonomics. According to Silver, the blog will retain its own identity and be housed in the Times’ News:Politics section with a redirected URL.

As part of the three-year agreement, Silver will become a regular contributor to the Sunday New York Times Magazine.

Not according to the comments from Silver’s loyal readers, many of whom fear the Times will put the blog behind its looming pay wall.

“So in other words, 538.com is going behind a paywall starting in 2011 along with the rest of nytimes.com,” one reader commented. “Furthermore, effective as soon as you move over, no more usable RSS feed. F— all that. Sorry to hear this ‘good’ news, Nate, despite the obvious professional advancement.” Plenty more echoing that sentiment here.

The Times did not immediately respond to a request for comment, and has yet to specify what parts of its site are going behind the paywall.

Until they do, expect FiveThirtyEight readers to continue their freak-out.

UPDATE: Here’s the response from the Times, through a spokesperson:

"Once the pay model is implemented next year, readers will only be prompted to pay after reaching a certain reading limit within a month. The majority of our readers will be unaffected when using the site and will continue to have the same experience they have always had.

We are committed to continuing to be part of the open Web, therefore, the pay model will be designed so readers referred from third party sites such as other blogs will be able to access that content. Links from referrals will count toward reading limits but never trigger the gate. Additional details will be unveiled later in the year including the reading limit and pricing."