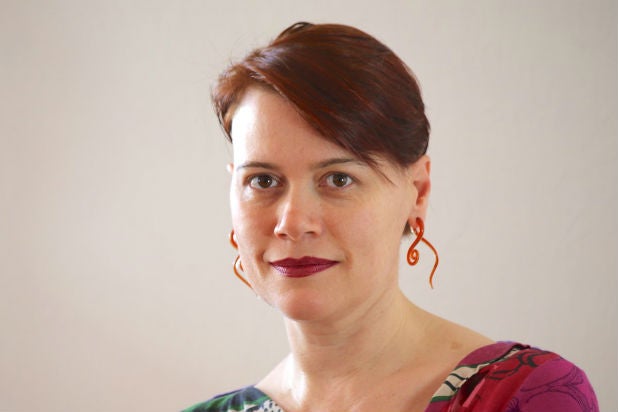 Around seven hours after she was hired as a member of the New York Times editorial board, tech writer Quinn Norton was fired after her Twitter history was resurfaced, which included homophobic and racist slurs she said were taken out of context.

Quinn, whose work has appeared in Wired News, The Guardian, and Maximum PC among other publications, was announced Tuesday as the board’s “lead opinion writer on the power, culture and consequences of technology.” It was shortly after that a social media firestorm erupted, as Twitter users brought up old tweets where she frequently used anti-gay slurs, the n-word and defended her friendship with Neo-Nazis. (Quinn said at the time however that she “never agreed with them.”)

Also Read: Trump Lawyer Admits He Gave Stormy Daniels $130K but Says Trump Had Nothing to Do With It

On Tuesday afternoon, the Times said in a statement that it was “very concerned” about the uproar. And around 9:00 p.m., Norton announced on Twitter that she would not be working for NYT after all. “No harm no foul,” she tweeted. “I’m sorry I can’t do the work I wanted to do with them. I wish there had been a way, but ultimately, they need to feel safe with how the net will react to their opinion writers.”

“Despite our review of Quinn Norton’s work and our conversations with her previous employers, this was new information to us. Based on it, we’ve decided to go our separate ways,” The Times said in a statement soon after.

Earlier in the day, Norton attributed the outcry to context collapse, an academic concept that essentially means the wider an audience gets, the more likely tone and presentation of self-aimed at narrower audiences can be misunderstood. In that light, she attempted to explain the earlier comments in a lengthy twitter thread.

For those of you honestly concerned. I don't support weev, that's not given in how I define friendship. I believe white folks should engage with the racists in their life: https://t.co/IQcN3yz58x and I believe all people are redeemable, and "all people" is all people.

I've been a queer activist since 1992. But when I speak to communities, I used their language to do it. I talked about the Anonymous usage of "fag" and "faggot" here: https://t.co/1hdDvcrBB6

I only used it in the context of my work with anons. I used it occasionally when amongst gay friends in our community. That's not really your business, though.

I retweeted @JPBarlow using offensive language in a sarcastic tweet that was meant to slap back at racists after Obama's first election. Eh, not my best retweet, even if the intentions, both mine and Barlow's, were in the right place.

I used a variation of offensive language to talk about questions of tone. I really wasn't comfortable using the word directly, so I didn't. I was trying to make a point, but something else would have made that point better. So, also not my best tweet.

“You were powerful today. You changed at least one person’s life, and if I’m honest, my family’s too. It feels good to be powerful,” Quinn tweeted. But this power doesn’t go away. It doesn’t evaporate when you use it without thinking, or at the wrong person.”