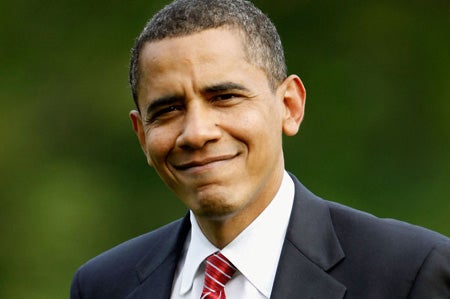 The reaction — across cable news, Twitter, blogs, the Drudge Report, the line at Starbucks – was generally one of stunned disbelief, ranging in degree from “that’s probably too soon” to “WTF???!!!” with critics on both sides calling for him to turn down the award. (He already accepted it.)

An article about Obama’s win on the New York Times website has already garnered 1,486 comments (and counting). The one on the Huffington Post has generated – wait for it – 13,160.

There were more than 4,000 article results on Google for "obama nobel" — making it the top trending topic on both Google and Twitter.

The Washington Post’s Howard Kurtz had this reaction: “Never thought I’d see Nobel Prize portrayed as a negative. But hard to fathom since O took office 2 wks before nomination deadline.” (I wonder if the Post approved that tweet.)

According to ABC News’ George Stephanopoulos, one White House aide thought he was being “punked”: "It’s not April 1, is it?"

Even Obama was surprised. He tweeted as much.