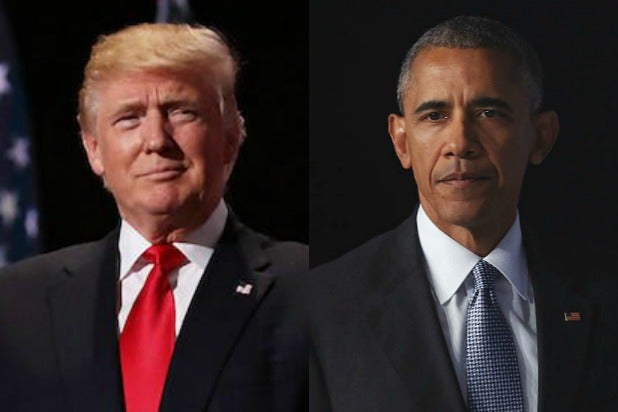 Former President Barack Obama is taking some veiled swipes at his successor. During a BBC Radio interview with Britain’s Prince Harry, Obama spoke at length about the dangers of too much internet usage and the appropriate way for leaders to engage online.

“All of us in leadership have to find ways to re-create a common space on the internet,” said Obama. “One of the dangers of the internet is people can have entirely different realities. They can be just cocooned in information that reinforces their current biases.”

He did not mention President Donald Trump, a frequent Twitter user, by name.

“The question I think really has to do with how do we harness this technology in a way that allows a multiplicity of voices, allows a diversity of views, but doesn’t lead to a balkanization of our society but rather continues to promote ways of finding common ground,” he added.

The expansive talk with the British royal was recorded for BBC Radio 4 and included a lighting round in which the prince also asked the former leader of the free world if he wore “boxers of briefs.”

Since leaving the White House, Obama has mostly followed in the tradition of his predecessor George W. Bush and refrained from commenting publicly on his successor, Donald Trump. When Obama has made news, it has more often been for extra-curricular adventures — like vacationing with his billionaire friend Richard Branson.

Obama has spoken out on occasion against some of Trump’s policies, specifically his decision to end the immigration program DACA in September.

“To target these young people is wrong — because they have done nothing wrong,” he said in a lengthy denunciation on Facebook of the program for so-called DREAMers who entered the U.S. as minors.