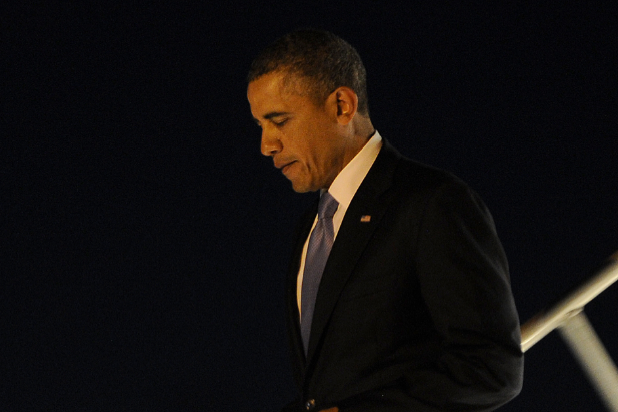 President Barack Obama hit back at critics of a controversial nuclear deal with Iran during a Monday night fundraising appearance in Hollywood.

The move to ease sanctions in return for the Middle Eastern country agreeing to temporarily halt its nuclear program has been slammed by the likes of  Israeli Prime Minister Benjamin Netanyahu, but the president said it was a necessary step to protect the United States and its allies.

Saban, an Egyptian-born Israeli-American media mogul, has been an important ally for Obama on his Middle Eastern policies, and penned an opinion piece in the New York Times in 2012 that hit back at Republican standard bearer Mitt Romney’s claims that the president had thrown Israel “under the bus.”

During his talk, Obama stressed that diplomacy was working, saying, “as a consequence of the strength of those sanctions and the painstaking diplomacy that we engaged in, Iran ultimately came to the table and said, we are prepared in a serious way to negotiate around our nuclear program — for the first time in over a decade.”

He said he is hopeful that Secretary of State John Kerry and others can reach an agreement with Iran that will end the prospect that the country’s ambitions to acquire a weapon of mass destruction could  trigger a nuclear arms race in the Middle East. Most importantly, he argued that it could avoid having the United States get mired in another foreign war at a time when it is ending protracted military engagements in countries like Iraq and Afghanistan.

“I don’t take any options off the table as commander-in-chief when it comes to the security of the United States or our allies,” Obama said. ” And I’ve also said we cannot accept Iran having a nuclear weapon.  But I spend too much time at Walter Reed, looking at kids, 22, 23, 24, 25 years old, who’ve paid the kind of price that very few of us in this room can imagine on behalf of our freedom not to say I’m going to do every single thing that I can to try to resolve these issues without resorting to military conflict.”