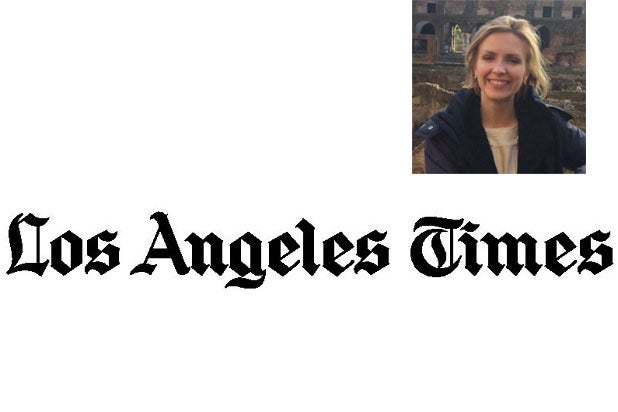 Johanna Maska, who worked under Barack Obama for eight years beginning on the campaign trail, was named VP of Marketing and Communications for the Los Angeles Times, the newspaper announced Tuesday.

“It’s really connecting news consumers with newsmakers, she said. “Promoting the excellent work of reporters who are investigating the facts and really bringing to light things that wouldn’t be otherwise.”

As a veteran of the social media-savvy Obama administration, she aims to use new technology to help build up the paper in the digital age.

“In the coming year, the L.A. Times will launch new efforts to use its reporting to engage in conversations with the public,” she said. “It will form new partnerships with other exciting organizations to transcend newsprint, while continuing the role it has always played as a watchdog for California and the world. I want to be a part of that transformation.”

The Times’ new communications honcho most recently served as the president’s director of press advance, coordinating events outside the White House.

One of the most high-profile events she directed was the president’s 2012 speech from Bagram Air Base in Afghanistan, where he announced a timeline for withdrawal of American troops.

“Johanna is uniquely skilled to help us bring the stories in the L.A. Times and the story of the L.A. Times to the world,” Austin Beutner, publisher and chief executive of The Times.