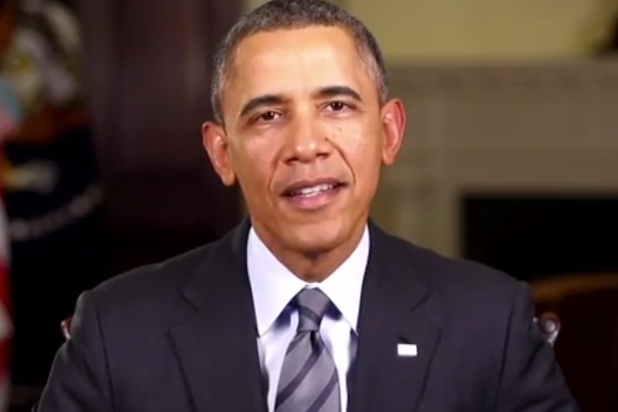 More than 6 million people have now signed up for private insurance plans under President Barack Obama’s signature healthcare law known as Obamacare, reflecting a surge in enrollments days before the March 31 deadline, the White House said on Thursday.

The milestone gives the White House some ammunition to use against Republican critics, who have described the program as a flop in the build-up to midterm congressional campaigns in November, when Democratic control of the U.S. Senate is at stake.

Only 10 days ago, the administration had pegged enrollment at more than 5 million people, and enlisted celebrities and top government officials to try to persuade more uninsured people — particularly the young and healthy — to sign up.

The last-minute boost has exceeded the nonpartisan Congressional Budget Office’s estimate that 6 million people would sign up in the program’s first year, down from earlier expectations of 7 million enrollees because of problems with websites used for shopping for insurance.

Opinion polls show the program, formally called the Affordable Care Act, is unpopular. A national survey by the Pew Research Center between February 27 and March 16 found 53 percent disapproved of the law.

Obama’s poll ratings have been hit hard by the poor rollout of the program.

Even while traveling in Italy on Thursday, Obama could not escape controversy about the program. After he visited Pope Francis, the Vatican issued a statement expressing concern about the law’s requirement that employers cover the cost of contraception in insurance plans.

From Italy, Obama spoke on a conference call with several thousand people who are helping people enroll in the plans, the White House said.

“The president encouraged the navigators and volunteers to redouble their efforts over the next four days and leave no stone unturned,” the White House said in a statement.

See video: Nobody In Jimmy Kimmel’s Audience Has Signed Up for Obamacare

The administration has been aggressively courting the 18- to 34-year-old age group in the waning days of enrollment, a group they have argued would be the last to sign up, but whose participation is vital to keep future insurance costs down.

Younger consumers tend to be healthier and cheaper to insure, compensating for the higher costs associated with older and sicker enrollees.

Data as of February showed only a quarter of enrollees were aged 18 to 34, short of the goal of 38 percent that administration officials set out before enrollment began last October.

No official updates have since been provided, but there have been signs the marketing to young people was starting to pay off.

“We are starting to see younger consumers at a higher rate here towards the end of March,” said Kevin Kossen, vice president of retail marketing at Health Care Service Corp, a holding company for Blue Cross Blue Shield in Illinois, Montana, New Mexico, Oklahoma and Texas.

Kossen said his company has seen an increase in enrollment over the past two weeks, with more calls to sales centers and online purchases.

Monday and Tuesday also saw more than 1 million visits to the website and more than 350,000 calls to call centers, according to posts on Twitter by HealthCare.gov.

U.S. Health and Human Services Secretary Kathleen Sebelius told Congress earlier this month that the administration would not extend the March 31 enrollment deadline.

The law requires most Americans to be enrolled in insurance by that date, or pay a penalty.

But this week, the agency overseeing HealthCare.gov said there will be a grace period for people who say they experienced technical difficulties on the website or long wait times at federal call centers.