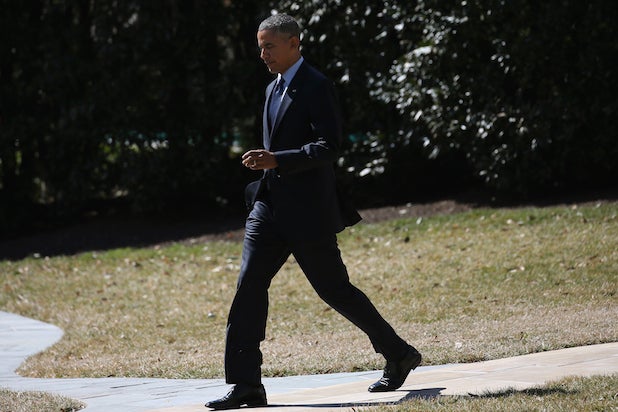 President Barack Obama is back in Los Angeles to hit Hollywood’s ATM for cash and tape an appearance on the “The Ellen DeGeneres Show.”

The President’s visit will likely bring with it the usual traffic delays and road closings — an on-the-street disruption commonly referred to as “Obamageddon.”

Later, Obama is attending a dinner at the home of Sam and Leah Fischer, hosted by HBO President of Programming Michael Lombardo and partner Sonny Ward, with tickets starting at $10,000 each for the Democratic National Committee, according to media reports.

According to the White House, POTUS will remain in Los Angeles overnight. He is scheduled to fly to Palm Springs on Friday for a Monday summit of Asian leaders. On Tuesday, the President will be at Sunnylands resort in Rancho Mirage, California.

Obama was last in Los Angeles for a series of fundraisers including a roundtable discussion at the Pacific Palisades home of “Star Wars: The Force Awakens” director J.J. Abrams and his wife, Katie McGrath, a $1,000-per-person concert by Jamie Foxx at the home of Ed and Robin Berman, also in Pacific Palisades and a dinner the home of designer Michael Smith and his partner, James Costos, a former executive at HBO now serving as U.S. Ambassador to Spain.

Here’s a list of areas that could experience traffic delays, according to the LAPD:

Other areas with hard closures or other restrictions: