Barack Obama marks his first year in office with mixed results on the economy and health care – but there’s widespread agreement on his grade in taking on Hollywood-related issues.

To be fair, it’s still a bit early — especially since Federal Communications Commission Chairman Julius Genachowski was not in place until June. But a big 2010 is expected.

The number of initiatives begun, court rulings on the way, trade pacts under negotiation and anti-trust deals under review makes Obama Year 2 the real test, say consumer groups, associations and Hollywood unions on differing sides of various issues.
The administration did get good marks for successfully delalying the transition to digital TV transition from January to June 2009, minimizing problems.
And at least the guy has media savvy. Not only did he move his State of the Union address so it wouldn’t conflict with the season premiere of “Lost,” but he rescheduled it to follow “American Idol.”
Here’s a rundown of what’s happened, what hasn’t and what’s ahead on the major Hollywood-related issues:
INDECENCY
Status: Waiting for court rulings 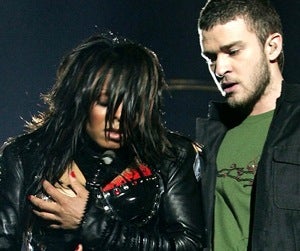 As a senator, Obama complained that TV was “coarsening our culture.”
Genachowski, during confirmation hearings, promised to continue the indecency enforcement begun by his predecessor Republican Kevin Martin — but so far the FCC has taken no major action.
Big decisions pending on two upcoming separate appellate courts cases are an obvious reason for the stall. CBS’ challenge of the Janet Jackson Super Bowl fines and Fox’s challenge of FCC “fleeting expletives” sanctions because of Cher and Nicole Richie’s comments on successive Billboard Music Awards shows could rewrite rules of what the FCC can do on the subject of indecency.
The 3rd Circuit Court of Appeals in Philadelphia and the 2nd Circuit Court of Appeals are expected to issue opinions sometime in the next few months.
Dan Glickman, chairman and CEO of the Motion Picture Association of America, said the FCC is being appropriate in the way it’s looking at indecency. “We would encoure them to go slow and methodically when dealing with First Amendment issues,” he said.
Dan Isett, director of public policy for the Parents Television Council, however, accuses Genachowski of giving “lip service” to indecency enforcement. Isett told TheWrap that the FCC under Genachowski still has more than 1.6 million indecency complaints to act on, both big and small. (Some of these are Jane Fonda saying the C-word on the “Today” show, while talking about “The Vagina Monologues; a “Las Vegas” sex scene; and bestiality on “American Dad.”)
“I don’t think that the current stuff in the courts should have any say in [affecting] ongoing legal [enforcement],” he said.
An individual at the commission told TheWrap that while the FCC has not taken any major enforcement actions, the reviewing of complaints is continuing.
NET NEUTRALITY
Status: Farthest along, but … could face a major setback 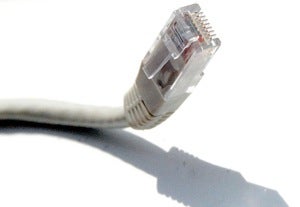 The Obama campaign platform written mainly by Genachowski promised to implement net neutrality.
In October, the FCC proposed a new rule that would guarantee that internet providers couldn’t give favored sites faster paths to consumers’ desktops. A call for comments from the public on the ruling created something of a firestorm last week, on both sides of the issue.
Internet providers argue that there is little evidence of favoritism on the web, and insist there is no need for regulation.
Hollywood unions and studios mostly support the idea of freedom on the web, seeing it as vital to ensuring the internet remains an alternative to Big Media for delivering TV shows and movies. However, they are concerned that in discussions of implementing net neutrality, issues of protection against piracy not get lost in the shuffle.
Indeed, Comcast is currently in court appealing the FCC’s first major decision on the subject – ruling that the cable company acted illegally when it tried to partially block BitTorrent video downloads.
But while the FCC is moving quickly, a major legal obstacle looms.
Members of a three-judge appellate court panel in the Comcast-BitTorrent case recently sharply questioned the FCC’s legal authority to regulate the internet without separate Congressional action.
A broad ruling by the panel is expected within the next few months; if they rule against the FCC, it would put the issue back at square one.
PIRACY
Status: Some actual work done … impact unclear 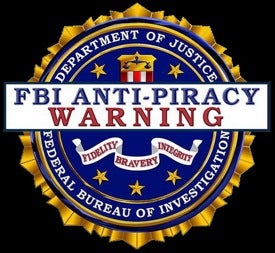 The Obama administration named Victoria Espinel to be the White House’s intellectual property enforcement coordinator, a move intended to improve coordination of intellectual property protection efforts among U.S. government agencies. The move drew praise from business groups and media companies.
Vice President Joe Biden convened a December summit about piracy and questioned why so much of the international community treated pirated content as “a minor irritant.” He said the administration is
committed to stepping up anti-piracy enforcement.
Meanwhile, U.S. Trade Representative Ron Kirk has continued the Bush administration’s push to include stronger anti-counterfeiting requirements as part of various trade deals.
An attempt by the administration to include an Anti-Counterfeiting Trade Agreement into international intellectual property agreements — strongly supported by the Motion Picture Association of America — has drawn fire from internet groups who question the secrecy behind the discussion and worry that the rights of internet users and websites to cite and use copyright materials under certain conditions could be trampled.
The intense arguments have prompted the MPAA to support disclosure and warn that the controversy over transparency are “a distraction” that has overshadowed the actual issues involved — but the controversy threatens further progress.
Overall, though, the MPAA’s Glickman said the administration “has been open and accessible” on the issue, and that the vice president in his December meeting went out of his way to offer help. He said not only did other Obama administration officials attend the December meeting, but there have been subsequent meetings between them and MPAA officials.
Although not quite piracy, the U.S. won a related trade case against China in the World Trade Organization in which the government argued that some of limits China put on studios to use government owned distributors for movies were illegal. Kirk has to negotiate a replacement plan.
MEDIA OWNERSHIP
Status: Major decisions pending

Both as a senator and a presidential candidate, Obama spoke on the subject of media ownership, questioning the lack of minority ownership of broadcast stations and the FCC’s rush toward media consolidation.
Part of his campaign’s platform, in fact, claimed Obama “believes that providing opportunities for minority-owned businesses to own radio and television stations is fundamental to creating the diverse media environment that federal law requires and the country deserves and demands.”
The platform also promised to “promote coverage of local issues” by local broadcasters and clarify the public interest obligation of broadcasters.
None of the promised changes have yet happened, but all could be on the way.
The FCC has launched proceedings to examine a number of the issues, and the Comcast-NBC Universal deal will give the Obama Justice Department and the FCC a big chance to weigh in on consolidation and public-interest requirements.
The FCC also is examining local content, minority ownership, issues of consolidation and financial threats to journalism (the latter also being examined by the Federal Trade Commission).
Andy Schwartzman, executive director of the Media Access Project, a public interest law firm, who has successfully blocked the FCC’s last attempts to speed consolidation, praised the way the Obama FCC is examining media ownership questions.
He cited “the conscientious way in which the FCC has started to look at media ownership and the appointment of [Beliefnet co-founder] Steven Waldman to oversee a deep inquiry into the future of the media show a lot of promise.”
CHILDREN’S TV
Status: In the very early stages 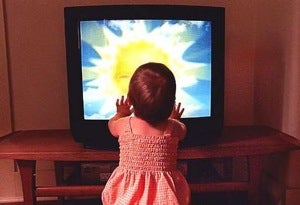 The FCC in October kicked off a study of the impact of television and internet advertising on children. It is still  seeking comments on the broad range of issues and asking whether existing FCC rules go far enough.
The question is whether current requirement that TV stations run three hours a week of informational programming for children needs to be altered; whether sexual situations, language or violence in TV shows hurt kids; and, if so, what the government should do about it.
Also under study: whether advertisements can hurt children by encouraging them toward unhealthy diets or affecting them in other ways, and whether existing rules requiring clear separation of ads aimed at children from program content on TV shows should be extended to websites.
Comments are due at the FCC by Feb. 24, with reply comments due March 26.
x
Looks like you're enjoying reading