Infamous record label owner Allen Klein, who at one time controlled music from such rock luminaries as the Rolling Stones, managed the Beatles, and represented the Animals, Herman's Hermits, Bobby Womack, the Kinks, Chubby Checker, Bobby Rydell and others, died in New York on Saturday after a battle with Alzheimer's disease, a spokesman said. He was 77. 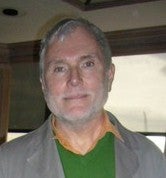 According to a report in Reuters, during a career spanning more than 50 years, the New Jersey-born accountant enjoyed a reputation as a savvy gangster-like figure. His ruthless business practices were reviled by many, but he also earned grudging respect for bullying labels into giving rich deals to his clients.

His company, ABKCO Music & Records, is one of the biggest independent labels in an industry controlled by multinational corporations. Its assets include recordings by the Rolling Stones, and many others. The publishing arm boasts more than 2,000 copyrights including compositions by Mick Jagger and Keith Richards of the Rolling Stones, Cooke, Womack, Ray Davies of the Kinks and Pete Townshend of the Who.