John Ferriter, who left William Morris Endeavor in a cloud of acrimony, has joined global sports and entertainment agency Octagon as managing director of Octagon Entertainment, part of its athletes and personalities division. 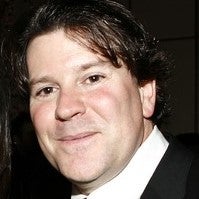 Octagon, part of the Interpublic Group, is the world’s largest sports and entertainment representation and marketing agency.

With the addition of Ferriter, and under his leadership, the agency’s entertainment team will focus on packaging TV entertainment projects of all genres and categories, and also tap into Octagon’s strength in professional athlete representation, sports and branded content.

Ferriter spent nearly 20 years at William Morris, where he expanded its non-scripted TV department into a highly profitable division. He packaged TV show concepts including “Project Runway,” “The Weakest Link” and “The Biggest Loser.”

However, when William Morris and Endeavor merged, Ferriter was one of the casualties. The only one of Morris’ 20  board members to vote against the merger, he had just signed a new three-year deal before the merger talks began in earnest.

He tried to resign after the merger, but the new entity wanted to hold him to at least 18 months of his contract. The situation disintegrated into a heated public battle.