So we have the first slate of 10 Best Picture nominees since 1943 – and despite the fact that it contains no documentaries and no foreign films (besides the British-made “An Education”) and no real comedies, the lineup seems to have given the Academy the kind of range it was looking for.

And by that, I mean the range between arty little movies with critical credibility, and big moneymakers with lots of fans who might want to watch the Oscar show.

Certainly, the 10 seems likely to be an experiment that will continue beyond this year, a gamble that once the numbers come in on March 8 (and does anybody doubt they’ll be way up?) will be deemed a qualified success.

But leaving the Best Picture category behind, and looking around the rest of the ballot, what’s the prognosis? Did the various branches and committees do their jobs, or did they mess things up?

I’ll refrain from judging some of the categories where I have yet to see several of the nominees (documentary, short films), or the ones where I don’t feel qualified to critique the choices (sound editing, sound mixing).  But here’s my report card on how Oscar voters in other categories handled their assignments: 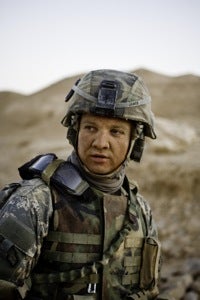 Acting: The actors branch made a couple of lazy choices (Matt Damon, Penelope Cruz), and several nice ones (Jeremy Renner, left, and Maggie Gyllenhaal).  Their picks were a whole lot o’ predictable, perhaps, but the results won’t be embarrassing until the final Best Actress envelope is opened on March 7. And that’ll be the fault of the entire Academy, not just the actors branch. B

Writing: The two vaguely surprising choices, “In the Loop” and “The Messenger,” are good, solid ones that I’m happy to see. The branch, often one of the Academy’s more adventurous, didn’t go too far afield in its nominees this year, which means no delightful left-field surprises.  But I can’t really quarrel with a single one of its picks. A-

Directing: The five films that got the most nominations were “Avatar,” “The Hurt Locker,” “Inglourious Basterds,” “Up in the Air” and “Precious.” If it stands to reason that the films with the most nominations are the best directed, then those should be the five directing nominees. They were.

It might be more fun to mix things up, and you could certainly quibble with the idea that these are the five best films of the year. But given the other nominations, it hardly makes sense to, say, substitute Neil Blomkamp (“District 9,” four nominations) for Lee Daniels (“Precious,” six noms). The directors did their job — and anybody who was at the DGA Awards on Sunday knows that there’s nothing to apologize for in this lineup. A

Foreign language: If you accept the one-film-per-country rule, the various committees to which the foreign-language process is entrusted avoided most of the pitfalls into which this category often falls. There were no major scandals, and while lots of good films fell by the wayside (I’m not a particular fan of “Police, Adjective,” but it probably should have made the shortlist), the final five is solid.

Downgraded a notch because the way that one-film-per-country rule works still leads to big problems and makes things way too messy. B-

Makeup: Big thank-yous to the branch for not nominating anything like “Norbit” or “Click” this year.  I understand that these voters represent a field in which the quality of their work often bears no connection to the quality of the movie — but when you try to see every nominee each year, this is a category that can kill you. A 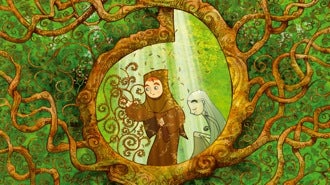 Animation: I can’t judge the shorts until I see them all. In the Animated Feature category, voters produced an interesting, wildly varied lineup, nicely representative of a terrific year for the art form. That said, I will only forgive them for snubbing “Mary and Max” if I see “The Secret of Kells” (right) and it turns out to be one of my favorite films of the year. Which I don’t think is going to happen. B

Music: If you leave out the fact that they disqualified some great scores, and overlook personal favorites (I’d like to have seen them make room for Abel Korzenioswki’s “A Single Man”), the nominated original scores make up a pretty varied, interesting lineup. One’s a big, old-fashioned symphonic action score (and yes, new James Horner still sounds awfully similar to old James Horner); one’s offbeat and folksy, as befits “Fantastic Mr. Fox”; one’s tense and vaguely exotic, and a genuine collaborartion, something the Academy usually frowns on; one reinvents the action-movie genre by borrowing from the Pogues and Kurt Weill; and one carries “Up” to its heights.

On the song side, though, things get stickier.  I give them credit for getting it right when it comes to “The Weary Kind,” from “Crazy Heart.” But the same bias that has afflicted the branch’s choices since they moved to the current format of screening three-minute clips is evident in the nominees, every one of which was performed onscreen during the film.

In other words, if it doesn’t look like a number from a musical – if you can’t see the performers singing it, or at least see animated representations of the performers – then you might as well not enter your song.

With five-out-of-five this year, that means the ratio is now up to two-thirds since the new rule was passed: 14 of the 21 songs that have been nominated are songs in which we watch the performance onscreen. Songs performed that way are not necessarily better than songs used unobtrusively, but the music branch continues to act as if they are.

I’ll give them strong marks for the Original Score choices. Not so much for Original Song. C