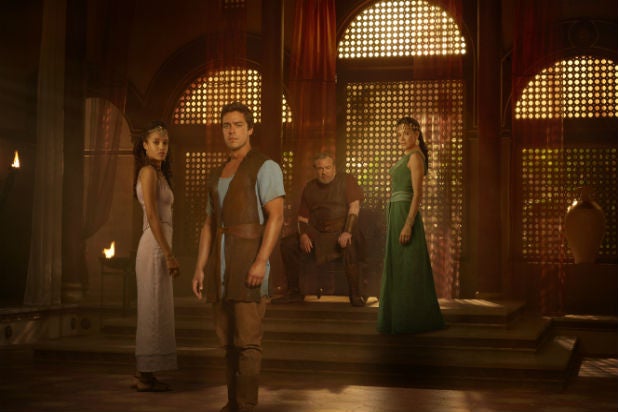 Well, that was a short reign. ABC has effectively canceled “Of Kings and Prophets” after airing just two low-rated episodes.

The series’ future is technically still being evaluated, TheWrap is told, and subsequent episodes will at least appear online.

In the interim, ABC’s “Shark Tank” spinoff, “Beyond the Tank,” will take over the Tuesday 10 p.m. ET time slot — the one that belonged to “Kings” for such a brief time.

This week, “Of Kings and Prophets” mustered an awful 0.5 rating in the key 18-49 demographic and just 2.4 million viewers. A week prior, in its series debut, the show managed only a 0.8 and 3.3 million viewers.

While the start was still pretty terrible, a 37.5 percent demo drop was the final nail in the coffin. Total viewers had fallen off 27.3 percent from Episode 1 to Episode 2.