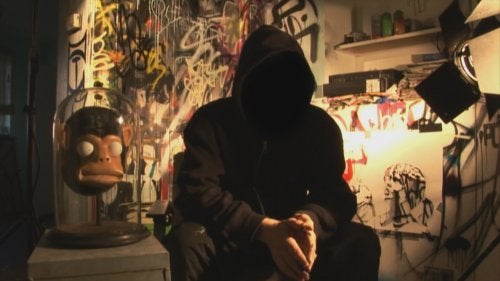 In an unusual move, Sloss will oversee the rollout, bookings, and marketing, with the help of Abramowitz and public relations veteran Donna Daniels. They plan to release the movie in a piecemeal fashion on a city by city basis.

Of course the unorthodox distribution strategy is befitting the film's off-beat creator. Banksy, whose work can be seen everywhere from post-Katrina New Orleans to Palestinian segregation wall in the West Bank, protects his anonymity to avoid criminal prosecution. At Sundance, he created graffiti that brought attention to film's premiere.

Sloss, who served as the film's sales agent at Sundance, has been an enthusiastic champion of the movie. His zeal may have been part of the reason he was able to beat out the six traditional distributors who Sloss claims bid on the movie.

"Banksy is a remarkable self promoter," Sloss told TheWrap. "He's a completely hands on marketer, but I don't know if he would have been well served by a traditional distributor with very specific marketing dictates. I think he sensed that."

Asked if Banksy would be creating street art similar to the pieces that caused a stir in Park City, Sloss was circumspect.

"I wouldn't count anything out," Sloss said.

The comic film documents the attempts by a documentary maker to get Banksy on film, only to have the reclusive artist turn the camera back on him. Sloss' team takes great pains to emphasize that unlike other documentaries, they believe there's nothing medicinal about this film.

"This is mainstream entertainment," Sloss said. "It's a cross between 'Mr. Magoo' and 'Being There.'"

The film will open in New York, Los Angeles, and San Francisco on April 16th. A platform release will begin in other cities starting on April 23.