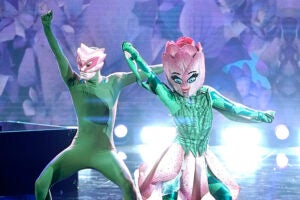 Will ‘The Office’ Still Be a Monster Streaming Hit When It Jumps From Netflix to Peacock?

Netflix customers loved Dunder Mifflin, but how many will migrate over to Peacock?

You’ve probably heard that certain former NBC sitcom is set to move from Netflix to Peacock when the clock mercifully runs out on 2020. Beginning Jan. 1, “The Office,” which ran for nine (mostly) celebrated seasons, brings all of its 201 episodes over to NBCUniversal’s nascent streaming service.

It’s a move that NBCU executives have been anticipating for the last 18 months as the sitcom figures to be among Peacock’s most popular offerings. That’s quite a feat for a show that last aired a new episode two years before outgoing president Donald Trump was even a candidate for the White House.

During its NBC run, the show never even averaged 9 million viewers and by the end of its run was bringing in fewer than 6 million per episode. But it will leave Netflix arguably more popular than ever before.

Also Read: 'The Office' Seasons 3-9 Will Be Paywalled When Show Moves From Netflix to Peacock

Since Nielsen began measuring viewing on streaming services in August, “The Office” has not finished lower than fifth on Nielsen’s weekly Top 10 list and has averaged more than 1 billion minutes viewed for five weeks running. (As with all streaming measurements, it’s impossible to determine how that translates into traditional viewers-per-episode on broadcast TV.)

Additionally, the Steve Carell-led sitcom has appeared on Netflix’s self-curated Top 10 list for TV shows 178 times, the most of any show this year, according to data from Realgood, a streaming service search engine.

No wonder NBCUniversal is paying Universal Television $500 million for five years of exclusivity.

Unfortunately, we expect “The Office’s” popularity to take a hit in its move to Peacock, even as the streaming service figures to see an influx of new viewers.

Peacock has nowhere near the same number of viewers. Netflix boasts more than 73 million subscribers in the U.S. and nearly 200 million around the world (“The Office” was only available to Netflix’s U.S. and Canadian subscribers). Peacock, which rolled out nationwide in July, has about 26 million who have “signed up” for the service. Unlike Netflix, Peacock is a free, ad-supported service that offers a paid tier that gives access to its original series like the new “Saved by the Bell” and upcoming “Punky Brewster” revival.

But viewers who may have thought the show’s move from a subscription service to a free platform meant that it would be available for free — at least in full — they were wrong. Only the first two seasons will be available free of charge, while seasons 7-9 will be behind the paywall. That enraged many fans who apparently forgot that Netflix has never been free.