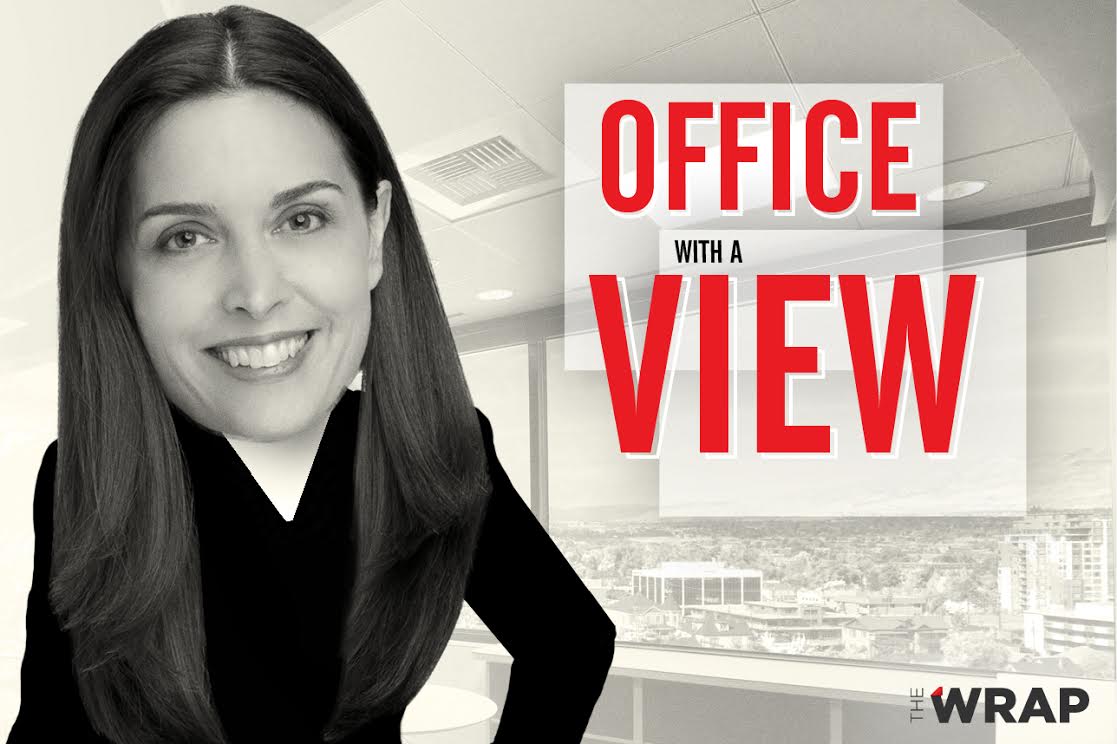 Before the ball drops in Times Square, NBC will be ringing in 2015 with its second New Year’s Eve special, “A Toast to 2014!”

If last year is any indication, the two-hour primetime broadcast hosted by Kathie Lee Gifford and Hota Kotb could give CNN’s Anderson Cooper and Kathy Griffin a run for their money.

“A Toast to 2013!” scored NBC’s highest New Year’s Eve ratings since 2006 in both the advertisers’ coveted 18-49 demographic, as well as in total-viewers.

In this installment of TheWrap’s interview series, Office With a View, “Dateline” executive producer Liz Cole discusses how the Peacock Network managed to break into one of the most lucrative and competitive nights in broadcast television.

TheWrap: How did the special come about?
Liz Cole: This is something that we did last year. We were just brainstorming about things we could do at the end of the year that would be a little bit different. A lot of the networks have year-end programming, and we wanted to create something that would really be our own and something we could do year after year. We wanted to look back at the year’s events but with an eye toward what people want to watch on New Year’s Eve. We try to think about what’s people’s mindset that night. You’re either at home getting ready to go out or maybe you’re even having a party at your home. So, we wanted to do something that was fun that had a party atmosphere to it. And when you’re thinking fun and party, Hoda and Kathie Lee certainly come to mind.

Hoda and Kathie Lee are known for saying whatever is on their mind. Do you ever have a moment when you think to yourself, I can’t believe they just said that?
I think it’s part of the fun of watching them. They have that chemistry, and they’re definitely unpredictable. They’re not highly scripted people. I think they’re at their best when they’re just doing what they do — feeding off of each other’s energy — and we like that. They have fun together and the spontaneity of it — it’s really what makes it so great.

Also Read: CBS News Chief on Network’s New Digital Push, Launch of CBSN and What It All Means for the Future

Do you think the two of them have rubbed off each other over the years?
I can speak to Hoda a little bit more, because I worked with Hoda on “Dateline” when she was, as Kathie Lee likes to call her, “Dateline Hoda.” For me, it’s really great to watch Hoda come into her own in this new role of hers. What you see on the air is really what you get. That’s Hoda. She’s a warm, fun, engaging person, and I think you really see that on the air. I think we have seen her loosen up.

How did you go about picking the most interesting stories of 2014?
When we did it last year, it was the first time, and it was kind of at the last moment. This year, we knew we were going to do it again. So, starting January, whenever anything interesting happened, whether it made us laugh, or gasp or scratch our heads, we just started piling all of that in different categories. When we got closer toward the end of the year, we all sat down and looked at the ones that were most memorable. You want to have things in the show that aren’t going to come at you for the first time. It should be something that people enjoy seeing unfold all over again, whether it was a viral video they enjoyed watching back in March or something that happened at the Oscars. It’s all about things that pop and are buzzy and memorable.

What were the most memorable moments of 2014?
The biggest trend we couldn’t ignore was the ice-bucket challenge. It was really a phenomenon that took over. There were so many cool videos to look back at and relive. Viral videos are always really great because you get to see people who are so incredibly creative, who are not necessarily professional filmmakers. That was something we knew we would include because it was part of the special last year. It was also a big year for Beyoncé, so we knew we’d have her in some fashion.

With so many year-end specials, how do you make yours stand out?
We have a very different approach. We’re not live, we’re not waiting for the ball drop, and we don’t have live performances. We give people the opportunity to look back at the fun events that have happened all year. And we have Hoda and Kathie Lee. This year, we really tried to make it feel like a party.

How did you choose the people featured in this year’s special?
First, we looked at people within the NBC family. Katherine Heigl is part of the family now with her show “State of Affairs.” We also have the cast of the “Today” show, and then, of course, we looked at those who had a really big year, like Chris Pratt.

What was your favorite moment of the special?
We have a whole section on online pranks that, I have to say, was really funny. I was laughing so hard at the screening.

Why did you decide to do a taped special vs. going live?
We’re on at 8 o’clock and the ball doesn’t drop until midnight. So, there isn’t quite as much happening earlier during the night. A lot of our show is looking back at these events, so we have a lot of taped segments. But I think we were still able to maintain a really fun, energetic feeling to the show even though we’re not technically live.

What did you do differently from last year?
Last year, we didn’t have anyone with Hoda and Kathie Lee when they were taping. This year, we have a crowd, which is a really nice way to change things up. Sting stopped by and did a little thing with them. So, that was great. Maybe next year we’ll do a little more of that: have more guests come by and hang out with them on set. And who knows? Maybe we will do it live at some point.

How early do you think Hoda and Kathie Lee will start drinking?
I can’t comment on that.