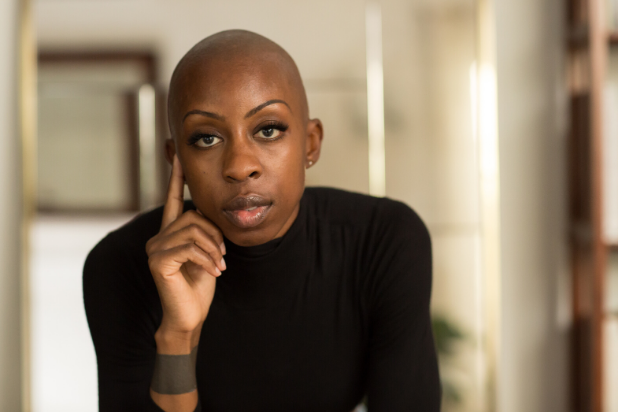 Producer-turned-director Oge Egbuonu is reclaiming the narrative of Black women in her new documentary “(In)visible Portraits.” The film, which she describes as, “a love letter to Black women,” features Black female scholars and authors sharing stories of struggle and celebration throughout American history.

“Telling the stories of everyday women was the most important thing for me; giving people who we perceive to be everyday women a platform to tell their stores in the hope that they inspire others to do the same,” Egbuonu told WrapWomen.

During a recent interview, Egbuonu opened up about her 3-year experience making the timely and necessary film, which was released on Juneteenth (June 19), a holiday that celebrates the 1865 emancipation of slaves.

Tell us about your journey in making “(In)visible Portraits.” What did you learn in the process? 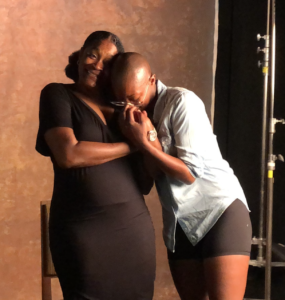 This whole journey started when I met my investor Michael Meyer, who presented me with the idea of doing something to celebrate Black mothers. My thought was to create something to celebrate Black women, as they are women before they are mothers. Michael, basically, said “go create a pitch and if I love it, I will fund the project.” So I went away for a few days, came back and pitched him the idea, and he said “I love it, go make it.” That led to me doing research for seven or eight months, six days a week, 14-hour days, reading everything I could about Black women, written by Black women. That process went on until we went into production, which lasted about two months on and off. I learned so much. The making of this film rearranged me in the most beautiful way because it gave me permission to be my full self. It gave me permission to embrace the history of what it means to be a Black woman in America, and it gave me permission to heal.

For you, what was the most important part about making “(In)visible Portraits?”

I think it’s really important that we reclaim the narrative of who we are, especially as Black women, and to cultivate a space that allows so many different Black women and girls to tell their story. That was done very intentionally and was a powerful element of this entire process.

What was your selection process in choosing the women to interview?

I wanted to start with the authors and scholars whose books I read. These particular women, their books rearranged me. They were essential to my education and really shaped how I wanted to tell this story. So to start, I reached out to the women whose materials I studied all of those months during pre-production. I also went out to various nonprofits in L.A. which served Black communities — particularly Black women — and I pitched my idea. I explained my vision and what I wanted to create. During that time, I fell in love with the WLCAC Center where Sheila Thomas was executive director. After sharing my vision with Sheila, she gave me her blessing but warned me that I would need to build rapport with these women if I want them to open up to me. People quite often come into these communities and exploit their stories, then they leave and no one ever sees them again. So, she introduced me to them, but it was up to me to earn their trust and create space for them to be vulnerable. My intention all along was to build community and relationships. I was honored to know them and be trusted to share their stories.

Also Read: 'Insecure' Creator Issa Rae Asks 'What the F- Is This' After Trump Likes Tweet About Her Show

Do you have a favorite moment or quote from the film? 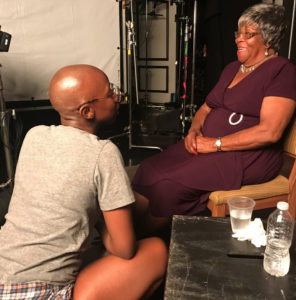 Oh, that is so hard; there is no one favorite moment or quote. The entire film inspired me in so many ways… listening to Dr. Joy DeGruy speak about the history of “Amazing Grace,” a song sung in Black churches throughout the world; Empress telling her story of how she had to tell herself in the mirror at such a young age that she was worthy of love and that she was beautiful, because at that age I had no concept of being able to do that for myself; the stories that Ruha shared with me; Dr. Melina Abdul… I could go on and on. I think the entire experience was life-changing and essential to my growth throughout the process of making this film.

What message do you hope “(In)visible Portraits” sends to Hollywood and to the world?

This is twofold — first the message is that Black women have worth and Black women matter. The second is that we are marketable. This think piece is first and foremost a love letter to Black women holding reverence for Black women, and I hope that it serves as a reeducation to everybody else. One of the hurdles I came across in the very beginning of this process is that studios and festivals said that the film was absolutely phenomenal, but they didn’t know how to market it; they just didn’t know what to do with it. So I decided to take that rejection as a redirection and teach them that we are marketable and that we are worthy. At the end of the day, I hope that this film lets Black women know that they are seen, heard and valued.

What advice do you have for women looking to break into the industry? 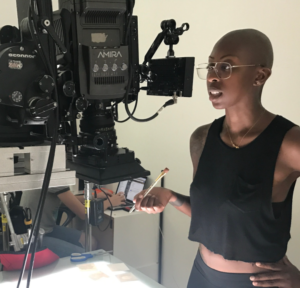 Just do it! I came across so many hurdles with people saying things like, “you shouldn’t have an all-female crew,” which is something that I was intent on having. I came across people telling me, “the way you want to distribute the film is so unconventional; if you do it this way it eliminates you from the Oscars, etc.” And I was like, “I do not care! These are just rules that someone else created; this is all a social construct.” I am reimagining what is possible for me. I am reimagining the way that we create and distribute films, so my advice would be to give yourself permission to reimagine what is really possible, f— the norms, f— the rules and just do what you feel is right for you. At the end of the day, these rules are just someone else’s imagination.

What can non-Black allies do to help fight for racial justice in America?

The first step is self-reflection. I think that people need to sit with the way that they are showing up in society and really examine that. That leads one to question how do you show up for not only themselves but for marginalized communities. I think that, in a way, this pandemic has set the stage for people to really think critically about these things, and that has created the stage for this uprising and revolution to happen. Then, I can’t tell you what to do next, because what I need may look completely different than what the next Black person needs. I think that will come to you when you learn more about what awareness looks like for you and the people in your life and community are going through.