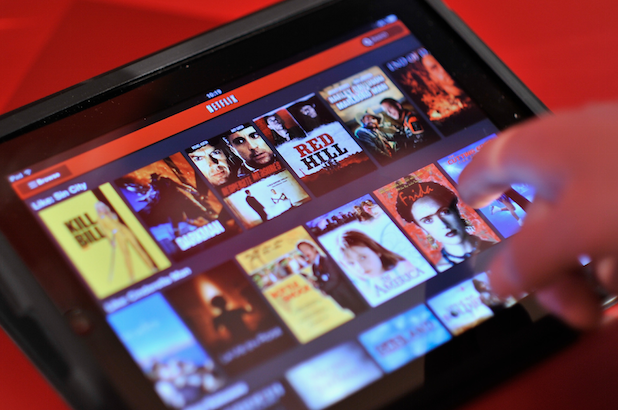 Some time ago, the Studio System ruled Hollywood.

From the 1920s to the 1940s, film production and distribution was controlled by a small number of major studios. Although they were fiercely competitive, the big studios — such as Metro-Goldwyn-Mayer, Paramount and Universal — worked together to shut out smaller companies so as to assert their roles as masters of the Hollywood universe.

That came to an end in 1948, with the Supreme Court’s anti-trust decision ordering major studios to separate production and exhibition. Soon, television became a player in the 1950s, giving power to others when it comes to showing mass entertainment to both America and the world.

Despite not having the monopoly that studios had shared in the Golden Age, movie studios still held enormous power. For years, it was unheard of for a large company to partner with smaller companies that hadn’t yet established a foothold in the film industry.

But now, there is a sea change.

Old institutional companies are relying heavily on new tech companies and partnering with them to stay relevant.

In addition, the partnerships and professional relationships are developing on a regular basis, as larger companies need technology to improve and innovate. Big studios like Disney and WB are attracting tech entrepreneurs and startups with their accelerators to stay ahead of the game

There are several recent developments where old and young are working together, for the betterment of the consumer of entertainment.

In 2013, Dreamworks Animation decided to cut ties with another monopoly — the cable TV business — by striking a deal with the new kid on the block, Netflix. Dreamworks and Netflix’s partnership allows the former to provide the latter with 300 hours of original programming, available only through Netflix streaming.

The deal put a spotlight on the rise — and competitiveness — of startups as content providers. With Netflix leading the charge, partnering exclusively with studios like Disney and Pixar, while Amazon quickly snapped up the rights to stream Viacom series like “Dora the Explorer”, attention must be paid to the impact this has on the business.

Most recently, Comcast announced that it was working with Netflix after the cable behemoth agreed to buy Time Warner Cable for $45 billion. (One of Time Warner’s subsidiaries, interestingly enough, is Warner Bros. Studios — one of the big studios during the Golden Age. While Comcast owns another major studio, Universal Pictures.)

Another recent boon to mass entertainment’s creativity is the use of “accelerators.” Accelerators are relatively new programs that are run by major companies that include mentorship, funding and educational components for smaller companies with good ideas, typically selected after a rigorous application process.

“These new tech startups have an understanding of new media that Hollywood just doesn’t have,” said Balaji Gopinath, Vice President, Emerging Technology, for Turner Broadcasting and founder of WB and Turner’s Media Camp.

He went on to say: “Each of these companies is changing the DNA of the media industry because they are able to look at a problem through a different entrepreneurial lens and provide a solution that is outside the box. They are helping old Hollywood understand the value of strategic thinking.”

In February, Disney launched its first program that is designed to help 10 startups succeed and deliver to the entertainment brand insight into innovation and collaboration.

Disney is following an accelerator model used before by Microsoft, among others. “Disney has a long, storied history of innovation – from the multi-plane camera to today’s MyMagic Plus and Disney Infinity,” said Kevin Mayer, executive vice president, Corporate Strategy and Business Development for The Walt Disney Company. “We respect the past but we are always looking to find new ways of telling Disney stories and delivering the best Disney experiences. Disney Accelerator unites the start-up community and the media-entertainment industry in an effort to collaborate on new, disruptive, innovative products that could provide opportunity or value for our business and beyond.”

It appears that what was once unheard of has become a reality. Tech has truly changed our modern lives, and continues to do so, and these large companies need younger tech blood to help them keep up with the changes. These new partnerships and ventures present exciting new entertainment possibilities for those of us who flood movie theaters in search of new talent and ideas.

Dana Loberg is the CEO and co-founder of MovieLaLa, a social network and movie marketing platform. Follow her on Twitter: @luckyloberg

BIO Dana Loberg
Dana Loberg is the co-founder and CEO of MovieLaLa, a soon-to-launch social network and movie marketing platform based in the Bay Area. In addition, she’s a writer, social media adviser and an artist. She also founded Art Debutant, a local curated online art gallery for emerging artists and art students in San Francisco, Los Angeles, and NYC. Dana was born and raised in Los Angeles, California. She attended Yale University, lived in New York City and currently resides in San Francisco, California.

Dana Loberg is the co-founder and CEO of MovieLaLa, a soon-to-launch social network and movie marketing platform based in the Bay Area. In addition, she’s a writer, social media adviser and an artist. She also founded Art Debutant, a local curated online art gallery for emerging artists and art students in San Francisco, Los Angeles, and NYC. Dana was born and raised in Los Angeles, California. She attended Yale University, lived in New York City and currently resides in San Francisco, California.