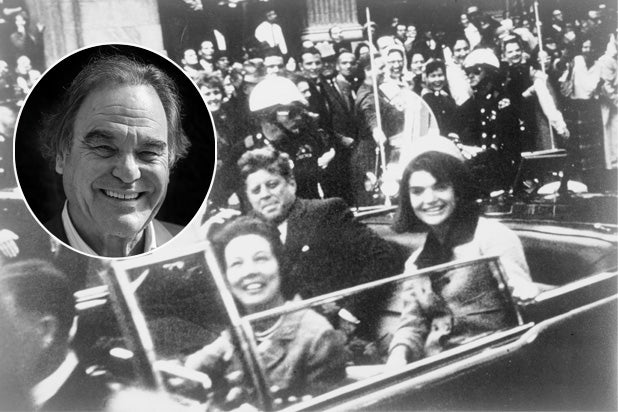 I’ve been wrestling with how to deal with my response to these newly released files on the JFK assassination. Many people have asked me about my reaction to this release, and I’ve gleaned what I can from a very complicated release.

1. Trump got rolled. I think he truly wanted a release of all files, but as with everything else in the “Deep State,” the Chief Priests told him, “You can’t do that” and cited as cause “national security,” etc.; the et cetera going back to 1963.

2. The release was designed to be a mess. The rollout of deleted/undeleted/no longer redacted, and often illegible materials is meant to assure us that “you see, there’s nothing here.”

3. But some “stuff” has come to the surface like scum on a pond; the CIA/Angleton/Oswald file clearly goes back to 1959, and [former CIA head of counterintelligence James] Angleton clearly had a special interest in Oswald.

Jeff Morley, who’s written a new biography of Angleton (“The Ghost: The Secret Life of CIA Spymaster James Jesus Angleton,” St. Martin’s Press, 2017) and also works as the editor of JFK Facts, explains Oswald as a “marked card” in the game, i.e. a soldier/pawn to be used as needed, which, to my mind, very well fits the Oswald profile.

4. [JFK assassin Lee Harvey] Oswald in Mexico City remains still a mystery. Was he or wasn’t he there? No photos of him exist. Angleton, it seems, intended for Oswald to go to Cuba and used his stay in New Orleans to gain his bona fides as a pro-Cuba agent. The CIA’s plan was set back when the Cuban Government turned down Oswald’s application for visa.

5. Beyond this matter is the general absence of complete files on key players such as Howard Hunt, William Harvey, David Atlee Phillips (CIA, Mexico), Anne Goodpasture (CIA, Mexico City) and George Joannides (CIA, Miami). These files are unreleased. Overall, there are too too many blank pages. For example, the CIA apparently has 11 pages on [former New Orleans DA Jim] Garrison, but 8 pages are blanked out completely.

6. Illegible documents are “declassifiable,” but according to James DiEugenio (“Reclaiming Parkland,” “Citizens for Truth about the Kennedy Assassination”), even if these pages were to be put through an OCR machine, they still wouldn’t be recognizable.

At other times, “NOT BELIEVED RELEVANT” becomes another category of document. People of great interest such as Earle Cabell, mayor of Dallas in 1963 and brother of Deputy Director General Charles Cabell, the high-level CIA operative who was fired by Kennedy along with Allen Dulles and Richard M. Bissell Jr. after the Bay of Pigs fiasco, is not considered relevant, although he played a huge part in laying out JFK’s motorcade route.

Also considered not relevant was Yuri Nosenko, the Soviet spy who defected but had a different view on the assassination than Angleton, who was trying to cover it up. Nosenko was a victim of Angleton’s terrifying mole hunt (see “Wilderness of Mirrors” and Morley’s new biography on Angleton); unfortunately, a screwed-up movie, “The Good Shepherd,” touched on this with Matt Damon and Angelina Jolie, but prevented other movies from being made on this subject.

7. In the same vein, it can be said from this document that the Soviets — Nikita Khrushchev and the KGB — clearly thought the assassination was a right-wing coup taking place, with hardline elements coming to power in the United States. This turned out to be unfortunately true, as Lyndon Johnson brought on a new regime with hardline policies all over the world, starting with the military dictatorship in Brazil and most disastrously the sending of 525,000 combat troops to Vietnam. President de Gaulle of France concurred in this view, but was not part of this declassification.

I would say overall that this is a disappointing release of information. But as I said in opening, it’s meant to be that way. One loses interest as one is cycled from illegible document to “Not Believed Relevant” document to a less but not entirely redacted document. Anything of value must be weighed in the detail only, and it is those who know detail who can best interpret this ponderous deceit.

View In Gallery
BIO Oliver Stone
Oliver Stone is an Oscar-winning filmmaker whose works include "Platoon," "Born on the Fourth of July," "Wall Street" and "JFK" -- a re-examination of the assassination of President John F. Kennedy starring Kevin Costner as New Orleans DA Jim Garrison. He most recently directed "The Putin Interviews," a four-hour Showtime documentary recording his sit-down with Russian President Vladimir Putin.

Oliver Stone is an Oscar-winning filmmaker whose works include "Platoon," "Born on the Fourth of July," "Wall Street" and "JFK" -- a re-examination of the assassination of President John F. Kennedy starring Kevin Costner as New Orleans DA Jim Garrison. He most recently directed "The Putin Interviews," a four-hour Showtime documentary recording his sit-down with Russian President Vladimir Putin.