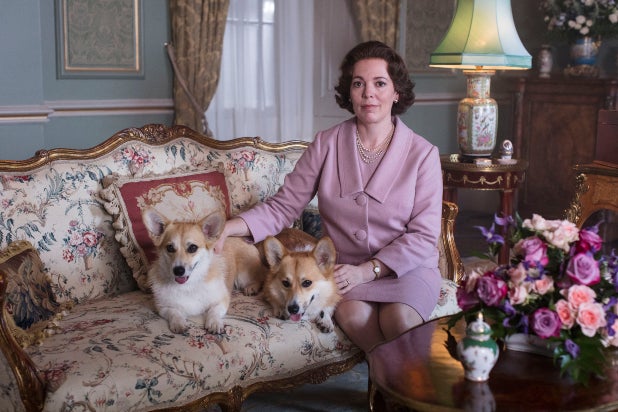 Olivia Colman begins her reign as Queen Elizabeth II when Netflix’s “The Crown” returns for its third season in November — with an all-new, older cast — and she’s not exactly pleased with having to follow Claire Foy.

“It’s horrendous,” the actress told Entertainment Weekly. “Everyone loves Claire Foy, so I have got the worst job in the world at the moment.”

Since the show portrays the long reign of Queen Elizabeth, the plan for “The Crown” was always to swap out all the actors every two seasons as the queen and everyone in her orbit grows older. Foy portrayed the queen at the start of her reign, in the late 1940s, while Colman begins her tenure sometime in the 1960s. Colman likened taking the role over from Foy as when theatrical plays cycle through different casts. However, in this case, Colman and Foy are supposed to be the same exact person.

Also Read: 'The Crown' Season 3 Finally Gets a Premiere Date at Netflix

“It’s the same as any classical play you do — everyone will have already played that part before,” she said. “The first week, I did feel myself trying to do Claire impressions. ‘What would she have done?'”

Peter Morgan, the series’ showrunner, said Colman was his one and only choice for who would play an older version of Queen Elizabeth. “Olivia Colman was a list of one,” Morgan said. “I think I wanted to know [she would play the part] even before negotiations were done for seasons 3 and 4.”

At least Colman has experience playing a British monarch, following her Oscar-winning role as Queen Anne in “The Favourite.” That was the only issue Morgan had. “Obviously I’d have preferred her not to be playing another queen before,” he said. “But it’s so different — such a different tone.”