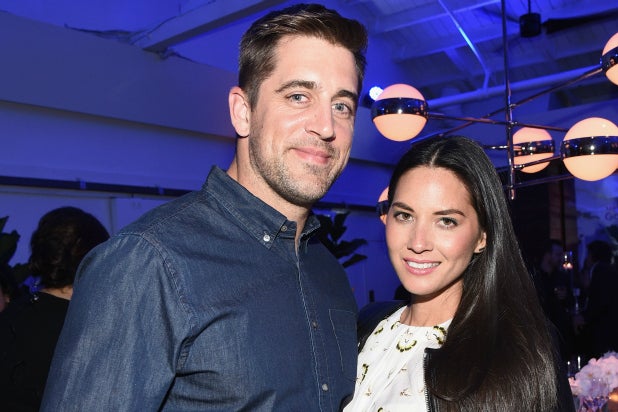 Olivia Munn is fighting back against news outlets that have helped perpetuate the silly idea she is to blame for boyfriend Aaron Rodgers’ poor NFL play as of late.

The “Newsroom” actress called out Fox Sports and The Washington Post by name for re-publishing a fan theory that the couple’s sex life has impacted the Green Bay Packers star quarterback’s on-field performance, which has been diminished as of late.

“The ‘fan’ you based entire articles around is a bigot and a racist,” Munn said on Twitter, sharing examples of his online hate speech.

“Of course he hates me. He also hates black people and Muslims,” she continued. “That’s like asking the KKK to give a review of “Straight Outta Compton.”

Rodgers is currently listed on the injury report due to a throwing shoulder issue. Coach Mike McCarthy admitted that the Super Bowl MVP is playing “banged up” right now.

Dear, @WashingtonPost @FoxSports and the other news outlets that followed suit. The internet, and especially.. pic.twitter.com/eYeRGaJGdY

If ur going to validate a “fan’s” comments about me, please also include if he’s a racist. https://t.co/sqyjIUZXfq pic.twitter.com/qvj0afAWq4 — oliviamunn (@oliviamunn) November 19, 2015